If you thought all radical Islamists[1] here in the US were of Middle Eastern descent, think again. Right next door to Oklahoma where I live, a young, white couple have become Islamic radicals and now they are being sought by the FBI. They live in northern Arkansas. Daphne and Alan Crawford were charged just last week with making terroristic threats against multiple individuals. When they were taken into custody, weapons and ammo were seized. For some unknown reason, they were released the next day and then proceeded to disappear. The husband is said to be a former Navy SEAL and I would not be surprised if they changed their names to something a bit more Islamic while on the run. Last month, the husband lost it with a waitress in a diner for supposedly slamming a diner door between the kitchen and dining room too loudly. “Only a Christian would treat them like that,” he claimed and then he got incredibly angry because he said the food took too long and cost too much. If that made your skin crawl, wait until you hear what his wifey said on the way out the door. Daphne Crawford told the waitress, “People like you are the reason we kill.” Do tell. 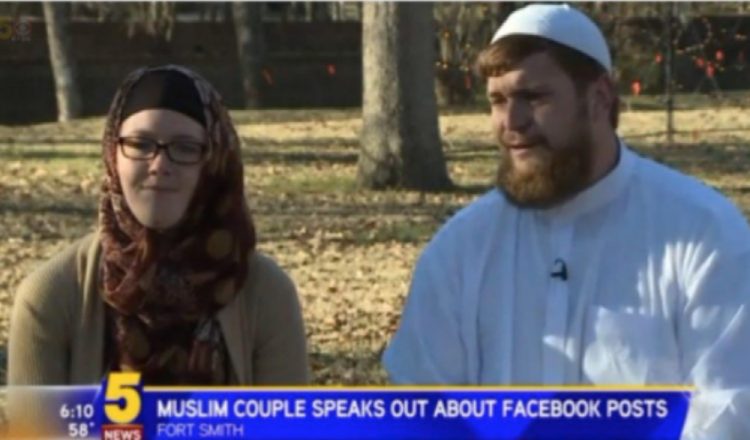 Police say Daphne Ridenour, who also goes by Daphne Crawford, and her husband Alan Crawford made terroristic threats to a waitress while eating in Mel’s Diner in Prairie Grove.
After the incident in the diner, investigators say the couple continued making threats on multiple social media websites.

Before the Crawford’s left Mel’s Diner, it is reported that Daphne Crawford said,”People like you are the reason we kill.”

Daphne Crawford also threatened a victim on a Facebook post saying her husband would show up with an AK-47. According to the report, Daphne Crawford sent the victim a picture of her husband in “Muslim attire” kneeling with a weapon described as an assault rifle.

The victim of the social media threats says the FBI is also involved in the investigation of the couple.

The Crawfords did not limit themselves to threatening waitresses. They also threatened to kill a car salesman and they were caught filming stores within a mall. I can only imagine what they had planned there. Alan Crawford was also charged with rape and sodomy in 2009, but those charges were dropped. They also took to social media to go after infidels. Daphne threatened a woman saying that Alan would kill her with an AK-47. She sent the target a picture of her husband kneeling, dressed in traditional Islamic garb and holding a gun. The couple is still at large and I would consider them very dangerous and armed. FPD found their car abandoned. Up your situational awareness and be on the lookout for these two. They are murderously psychotic and I believe they are every bit as deadly as a suicide bomber found anywhere in the Middle East. They are true converts and professional victims, who use Islamophobia as a shield whenever they get in trouble. 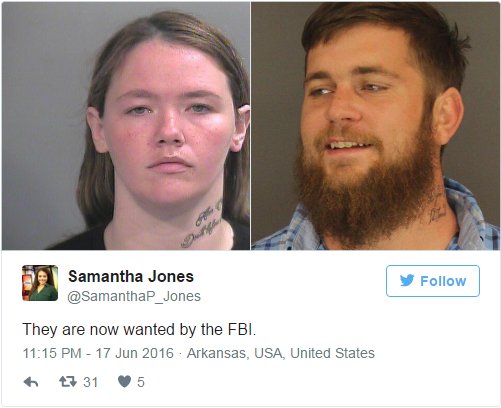