ISIS may be the ones with the headlines right now, but they don’t have a monopoly on evil. Al Qaeda terrorists are suspected to be behind a brutal attack on the Ivory Coast, where a five-year-old boy was cruelly murdered after he prayed for his life to be spared. 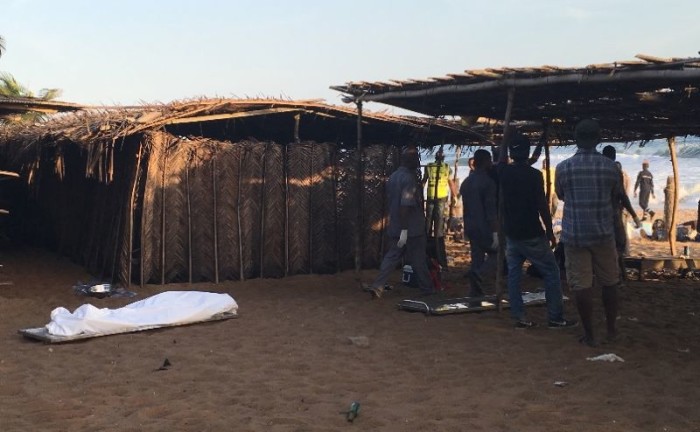 Suspected al Qaeda terrorists shot dead a five-year-old boy who fell to his knees and prayed for his life during a terror attack on a tourist resort in Ivory Coast, eyewitnesses have said.

At least four men armed with AK47s and hand grenades killed 16 people, including four Europeans, in the historic town of Grand Bassam before they were gunned down in a shootout with government troops.

One survivor who saw the attack unfold said: ‘They killed a child despite him kneeling down and begging. They shot a woman in the chest. They’ve killed innocent people.’

Another witness, Marcel Guy, said a man with a long beard spoke to two children in Arabic and spared the life of the one who was able to recite an Islamic prayer.

‘The Christian boy was shot and killed right in front of my eyes,’ Guy said.

Of the 16 people who were gunned down in the resort popular with Westerners, 14 were civilians and two were special forces soldiers, Ivory Coast’s President Alassane Ouattara said today.

He said a total of six attackers were later killed by soldiers, adding: ‘I am very proud of our security forces who reacted so fast… The toll could’ve been much heavier.’

The heavily armed, balaclava clad shooters yelled ‘Allah Akbar’ before they opened fired on guests at the L’Etoile du Sud [Southern Star] hotel which was full of expats at the time.

Graphic images showed several dead bodies, some of whom are thought to be French tourists, scattered across the beach near the hotel.

Security forces and members of the Ivorian Red Cross were pictured dragging the dead bodies from the blood stained sand earlier today.

Jacques Able, the owner of L’Etoile du Sud, confirmed at least one person was killed in his hotel.

Footage from a different hotel’s balcony showed people running from their lives as the shooters tried to gun down other unarmed holidaymakers.

It’s absolutely awful that people could be so horrible that they would be willing to do such an evil thing. These terrorists are a plague on the earth that need to be eliminated.