Europe could see a return to barbed wire fences between countries unless it regains control of its borders, Francois Hollande warned last night. Not that anyone should blame him after the terrorist attacks[1]: 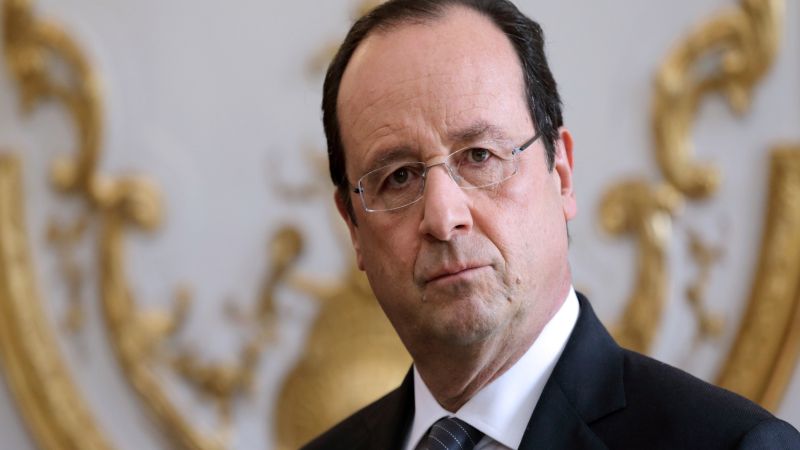 The French president called for tough controls on migrants entering the EU after it emerged that at least one of the terrorists involved in Friday’s Paris attacks may have been posing as a refugee.

Mr Hollande also called for ‘coordinated and systematic checks’ on people passing between EU countries in what would amount to the suspension of free movement rules.

‘If Europe doesn’t control its external borders, it is the return of national borders of walls and barbed wire as we’ve seen today,’ he said. ‘This would mean the dismantling of the European Union.’ In a speech to a joint session of the French parliament, he began by saying his country was ‘at war’ with Islamic State. He concluded with the stark message: ‘We will eradicate terrorism.’

He announced measures including plans to speed up the expulsion of foreigners considered a threat, powers to strip dual nationals of their French passports if they damage national security, a constitutional amendment to strengthen the fight against terrorism, 5,000 extra police officers and an end to redundancies in the French army.

Mr Hollande also called for a coalition including the US and Russia to eradicate Islamic State, after a night in which French planes launched bombing raids against IS targets in Syria. He said the Paris attacks were ordered from Syria, planned in Belgium and carried out with the help of French people.

His comments on borders were seen as signalling an end – at least temporarily – to free movement across the EU.
Several countries have closed borders in recent months to halt the wave of migrants from the Middle East.

Mr Hollande is under pressure from the resurgent French far-Right, with the National Front (FN) leading the opinion polls in several regions. Yesterday FN leader Marine Le Pen called for an immediate halt to the intake of migrants.
British MPs also called for border controls to be imposed across the continent.

Tory Kevin Hollinrake said: ‘It’s now quite clear that the hundreds of thousands of migrants that have entered Europe over the last few months have not undergone basic security checks.’

Border control is essential and it doesn’t signal the end of the EU, it is sensible and would extend the EU’s life expectancy. The one rule for all policy dreamed up by Brussels is unworkable. Every country needs to protect itself and it’s citizenry first and foremost.