Terrorism has changed millions of lives around the world and it is something that can no longer be ignored by those who have a more idealistic view than the rest of us.

Imagine being at your favorite cafe, enjoying a Saturday night beer with your friends when the police burst into the place where you’re hanging out and begin screaming at you to get on the ground. You have no idea why this is happening or what is going to happen next, but you comply anyway, knowing that whatever is going on is bad. 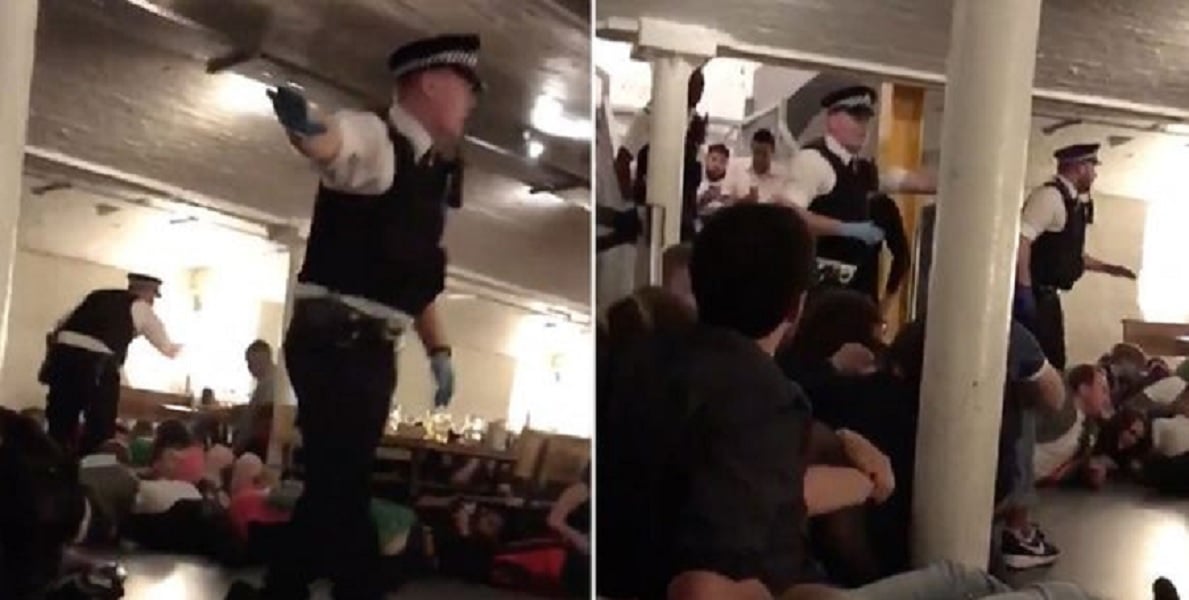 Terrified Londoners were commanded by law enforcement to hide under tables while the terror attack that has – as of this publishing – killed 7 people and injured 48 was taking place.

Watch the frightening video below:

At the time this occurred, the pub was at risk for being the site of a terror attack, as it was believed that the attackers were in the vicinity of the pub (which is located near the London Bridge.)

Three men who were believed to be the terrorists involved in the carnage were shot dead by police. It’s being reported that they were wearing faux explosive vests, perhaps to trick authorities into martyring them.

Of the 48 people reported as injured in the attack, 21 are said to be in critical condition.

The facts were coming fast and furious last night, so let’s go to Metro[2] to get a run-down of what we know happened last night:

Witnesses reported seeing the van driving at around 50mph, mounting the pavement and sweving into a number of people.

Holly Jones, a BBC reporter who was on the bridge at the time, said: ‘A white van driver came speeding – probably about 50mph – veered off into the crowds of people who were walking along the pavement.

‘He swerved right round me and then hit about five or six people.’

This is what happens when you allow terrorism into your country under the guise of “refugee resettlement.”