ISIS terrorists are as dumb as you thought they were.

In this footage by WarLeaks[1], one ISIS terrorist member is shot to death by an Iraqi soldier while wearing a camera for a propaganda video.

Take a look at the footage here: 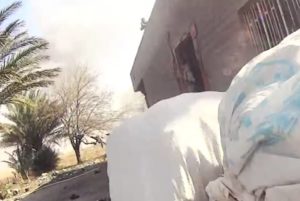