I guess even feeding your child is against Sharia Law. They aren’t joking, either. Take a good look at this brutal torture device. It was enough to send chills up and down my spine[1]: 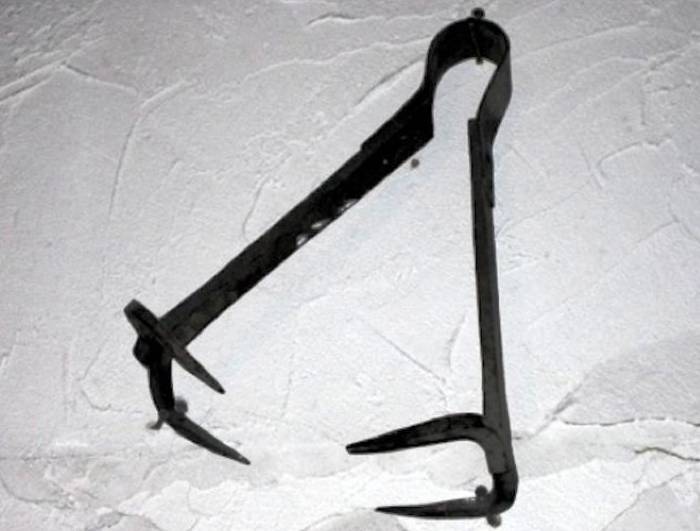 The Islamic State is reportedly punishing young mothers with “the Biter” torture device for breastfeeding in public. And they are using a devise similar to a “breast ripper” from the Middle Ages.

Raqqa-Sl reported:
A young mother has been savagely mutilated by ISIS – for breastfeeding in public.

Islamic State (ISIS) has a record of treating women appallingly. But a new report has revealed just how barbaric its regime can be.

Disturbingly, they have recently been using a spiked, metal device known as “The Biter” to inflict harsh punishments on local women deemed to have shown too much skin — and women who breastfeed in public are not exempt.

Recently, one 24-year-old woman in the ISIS stronghold of Raqqa, Syria was recently accosted by the Al-Khansa brigade for breastfeeding her baby in public.

“[T]hey took me to the ‘Hesba’ headquarters in the city, and escorted me to the torture chamber, then they asked me to choose between a whip or a ‘biter’,” the woman told anti-ISIS group A-Raqqa is Being Slaughtered Silently.

“I did not know what a ‘biter’ was and I thought it is a reduced sentence,” she added. “I was afraid of whipping, so I choose the ‘biter.’”

“They brought a sharp object that has a lot of teeth and held me, placing it on my chest and pressing it strongly,” the young woman, nicknamed Batol to protect her identity, said.

“I screamed from pain and I was badly injured. They later took me to the hospital… I felt then that my femininity has been destroyed completely.”

How disgusting is this? Babies should be able to eat the best food available to them, their mothers milk. Who knows what kind of damage this medieval style torture device has inflicted on her? I hope she is still able to feed future babies. So sad.