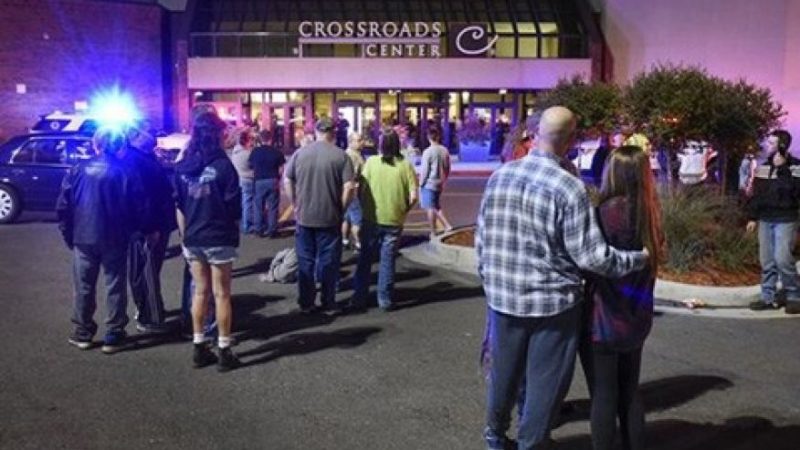 Saturday night, nine people were stabbed at a shopping mall in Minnesota in a horrific act of violence. Around 8:00 pm, a suspect later identified as Dahir Aden entered the Crossroads Center Mall in St. Cloud wearing a private security uniform before going on his stabbing spree. He was heard to make at least one reference to Allah and asked at least one person if they were Muslim before stabbing them. Aden was a student at St. Cloud State University and worked as a private security guard at an appliance store near the mall, and had immigrated to the United States from Kenya when he was two years old.

Authorities were investigating the stabbings as an act of terrorism from the beginning, but then ISIS spoke up and removed any possible doubt. According to ISIS, Aden was a “soldier of the Islamic State”[2] acting on their orders.

The attack was brought to a halt when an off-duty police officer shot and killed Aden after Aden lunged towards him. Jason Falconer fired at Aden, who initially fell, but got up three more times before he eventually passed away. St. Cloud Mayor David Kleis praised Falconer as a hero, saying he “clearly prevented additional injuries and potential loss of life,” during a press conference.

FBI Special Agent Richard Thornton confirmed that the agency is investigating the attack as an act of terrorism, but reaffirmed that Aden’s motive is not yet known. So far, officials say there is no indication that Aden had communicated in any way with ISIS prior to the attack, or that ISIS knew in advance that it was going to happen. Aden’s parents also confirmed that he has not taken any trips outside the country recently, where he might have been radicalized by an ISIS cell.

Aden’s victims thankfully did not have any life-threatening injuries, although three are still in the hospital. Authorities are searching Aden’s car, as well as a residence in St. Cloud. “There’s nothing that we have gleaned that would suggest to us that this is anything other than what it appears to be now,” St. Cloud Police Chief William Blair Anderson said. “At this time, there’s nothing to suggest anything differently than what you’ve been told. There are a lot of moving parts.” Anderson did confirm that Aden has had run-ins with police in the past, but they were for minor traffic violations.

Here's a panoramic look at the scene outside of Macy's at Crossroads Mall right now pic.twitter.com/x4CSaWNXJE[5]

Whether or not this was an ISIS-affiliated attack remains to be seen, but given Aden’s behavior during the attack, it seems clear that this was an incidence of Islamic terrorism. If he was invoking Allah and asking people if they were Muslim before attacking them, then his motive seems to be fairly evident. He was killing for Islam.