ISIS Teen Postergirls Get Much-Needed Reality Check: Help Us Get Out!

The tragic situation that Austrian teenagers Sabina Selimovic and Samra Kesinovic found themselves in has now gotten even worse. The teenagers, who left their homes to join ISIS and became poster girls for the terrorist group, are now desperately trying to get back home. 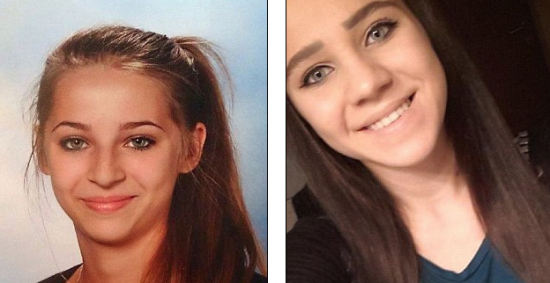 After once claiming brazenly: “Don’t look for us. We will serve Allah, and we will die for him,” the teens have apparently come to their senses, but all-too-late. The New York Post reported:

Two Austrian teens got way more than they bargained for when they abandoned their homes and families to become “poster girls” for ISIS terrorists, and now they desperately want to come home…

The teens are believed to be married, pregnant and living in the ISIS-controlled city of Raqqa in northern Syria, Central European News reports.

… So, how were these teens lured into a lifestyle serving the bloodthirsty Islamic State? In a fashion common for Westerners who convert to Islamic extremism:

The teens apparently were lured to ISIS by propaganda preached at their local mosque.

Clerics told them that the only way to know true peace was to head to Syria and take part in the holy war, officials said.

The teen girls managed to get word to their families that they urgently want to break free from their savage captors. Unfortunately for them, their situation is such that it is very difficult to flee, if not impossible.

Plenty of people will just mock these girls for their poor judgment and say that they got what they deserved, but aside from being sorely lacking in compassion, it’s not fair. These are teenage girls, children whose brains are not even formed enough yet to adequately measure risk or think forward to the long-term consequences of their actions, who were indoctrinated with terrorist propaganda and practically fed to the wolves. Where were their parents when they were going to a mosque that taught children to join ISIS? Why didn’t their parents object then? This situation is a tragedy, and these two children may very well end up dead. It’s not something to laugh at or celebrate.