‘Kill Our Pilot and We’ll Execute ALL Your Prisoners’: Jordan Threatens to Hang Its ISIS Captives If Airman Hostage is Dead

There seems to be at least one country that isn’t rolling over for ISIS. Jordan is threatening to kill their ISIS prisoners if the terror group proceeds with their plans to execute a captured Jordanian pilot. 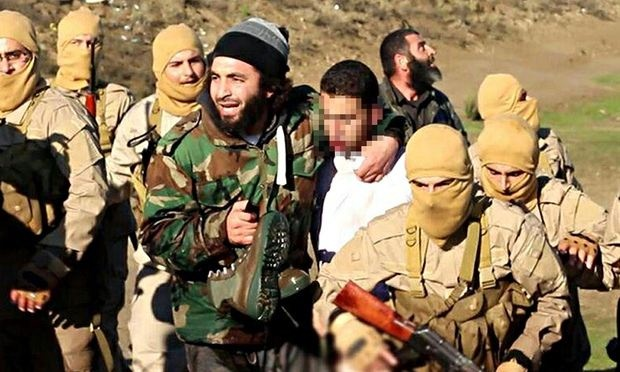 Jordan has threatened to fast-track the execution of a would-be suicide bomber the Islamic State is trying to free if the terror group kills its captured pilot, it was reported today.

The government has apparently warned that Sajida al-Rishawi and other jailed ISIS commanders would be ‘quickly judged and sentenced’ in revenge for Muath al-Kaseasbeh’s death.

It comes after a deadline for a possible prisoner swap allegedly set by ISIS passed yesterday with no clue over the fate of al-Kaseasbeh or fellow Japanese hostage Kenji Goto.

Intelligence sources said ISIS’s refusal to prove that al-Kaseasbeh was alive meant any deal with the militants was doomed.

Now Jordan has reportedly stepped up its rhetoric by warning of its intent to retaliate if the negotiations end in bloodshed.

Elijah Magnier, chief international correspondent for Kuwait’s Al Rai newspaper, told MailOnline: ‘I have reliable contact in the Jordanian government who says a message has been passed to ISIS.

‘It warns that if they kill the pilot they will implement the death sentences for Sajida and other ISIS prisoners as soon as possible.

Jordan, at least, is willing to do something to keep their pilot alive. But what they fail to realize is that ISIS, like all good terrorist groups, doesn’t care if their fighters are captured and killed — after all, dying a martyr’s death is what every terrorist dreams of, so their threat may not mean very much to ISIS.