King Felipe Leads Minute’s Silence In Remembrance Of Those Killed By Terror Yesterday: “We Are Not Afraid”

Barcelona, Spain was hit[1] with a horrific terror attack yesterday that left 14 dead and over 100 injured. ISIS took credit for the attack this morning. There was also a second attack where police shot five terrorists dead who were wearing suicide belts. The driver of the first attack escaped.

King Felipe led a minute of silence at noon today to remember those who died so tragically yesterday and he stated: “No tenim por!” – meaning: “We are not afraid!” He also stated that all of Spain was Barcelona and this would not cow Spaniards. My thoughts and prayers are with them in their hour of grief and anger.

I saw a video yesterday of bodies and blood everywhere. It brought tears to my eyes and great sadness to my heart. Those people were just shopping and enjoying the beauty and joy of Spain. One American was among the dead. A van was used to ram into that marketplace, tossing bodies left and right in the preferred method of terrorism these days. Here in America, states such as Texas are now beginning to put up barriers in front of venues that could be rammed like this in a terrorist attack. 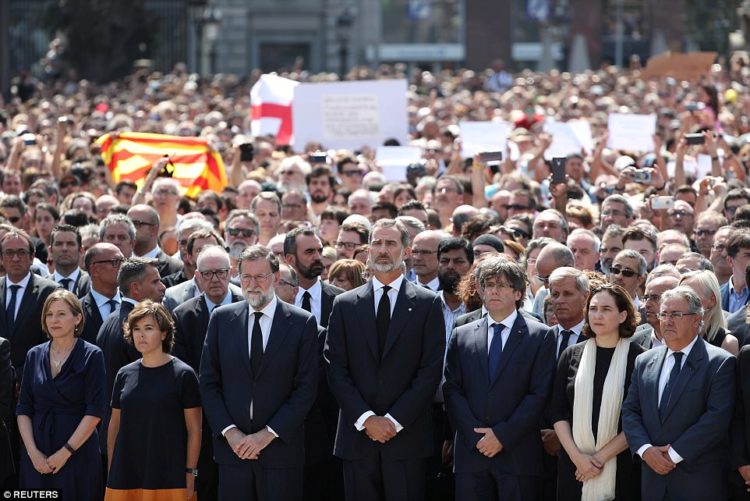 King Felipe has led a minute’s silence at noon today as Barcelona stood to remember those killed along Las Ramblas.

The monarch stood between Prime Minister Mariano Rajoy and President of the Generalitat of Catalonia Carles Puigdemont as they paused to reflect in Placa de Catalunya.

After the moment of reflection, the crowds erupted into chants of ‘No tenim por! – meaning ‘We are not afraid!’

The Spanish royal family also issued an unusually strongly-worded statement about the attack: ‘They are assassins, criminals who won’t terrorise us. All of Spain is Barcelona.’

This morning, Barcelona’s famous Las Ramblas walkway quietly reopened to the public, after a van rampage that killed 13 and wounded more than 100.

Police closed down the city center yesterday evening, after the van zigzagged down the packed Ramblas before the driver escaped.

This morning, emotional residents and tourists were allowed past police lines and slowly trickled back to their homes and hotels.

Lawyer and University of Glasgow rector Aamer Anwar, who is in Barcelona, said a heavy police presence remained on the streets.

‘It’s huge,’ he said. ‘Literally you can see every 15 to 20 metres there are armed police officers, there are vans, police cars at every corner. So there is an extremely high police presence everywhere.

Barcelona’s famous Las Ramblas walkway was reopened this morning and people slowly trickled back in. Flowers, candles and stuffed animals were laid where people died yesterday. Spaniards across their great nation are grieving heavily over the slaughter and vowing vengeance. I don’t blame them in the least. Their country is being besieged by Islamists flowing over their borders. This was bound to happen. It was only a matter of time and will surely not be the last attack.

There are police everywhere now and sadly, that will probably become the norm out of necessity. Thousands showed up for the minute of silence. It was sobering. This is the end of innocence for so many of us. It would seem the world has descended into a modified version of the Dark Ages after all. Spain will never be the same… none of us will. But life goes on as does the fight against Islamic extremists. That could have been any of us yesterday. 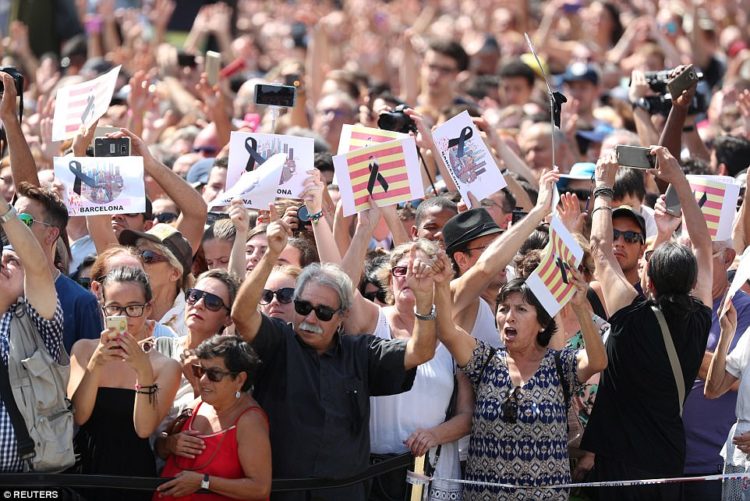 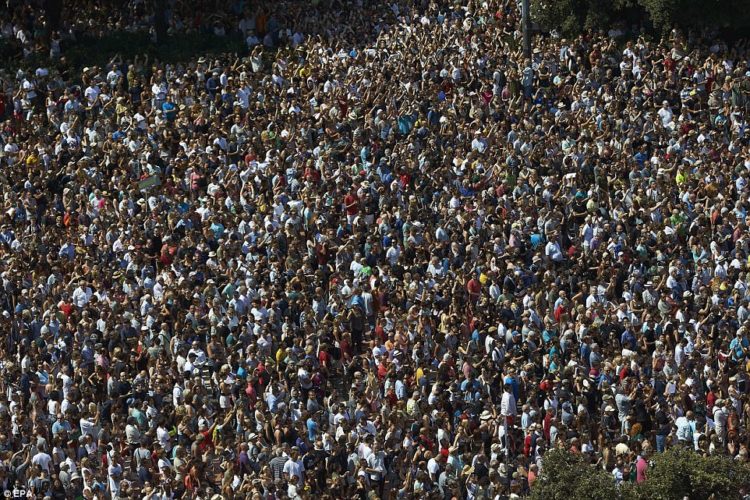 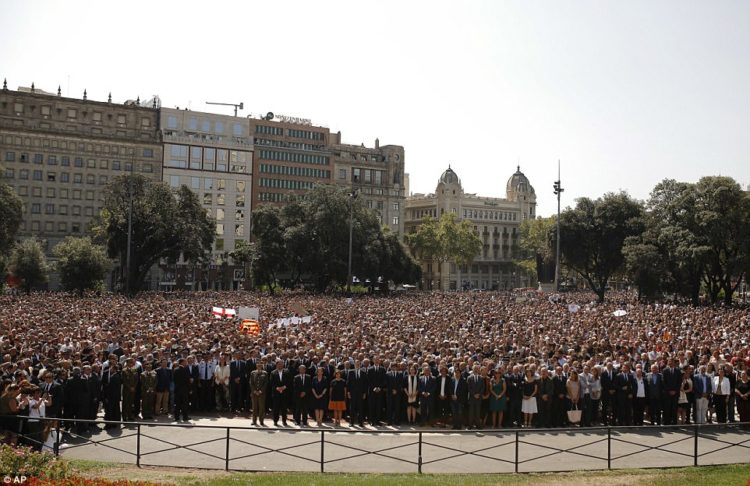