Sympathizing with terrorists is pretty typical for liberals, but that doesn’t mean it always goes their way. One convicted terrorist has been doing everything she can to keep herself from facing justice, with support from tons of liberals, but unfortunately for her, justice has finally come calling[1]. 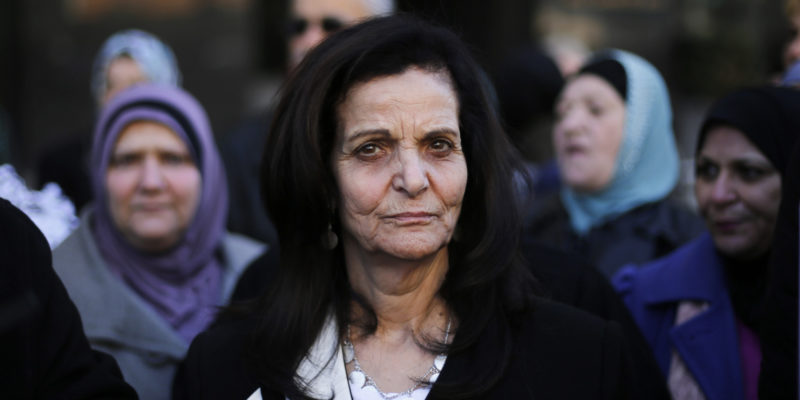 Rasmea Odeh was an activist with the Arab American Action Network and allegedly a member of the Popular Front for the Liberation of Palestine (PFLP), a designated terror group. In 1970, she was convicted in Israel for participating in two bombings, one in a Jerusalem supermarket and the other at the British consulate. Two Israeli students were killed and nine people were injured.

In 1980, Odeh was freed as part of a prisoner exchange, immigrated to the United States in the 1990s and gained citizenship in 2004. She has since recanted her confession and said that she was tortured and sexually assaulted by Israeli police to force her to confess. Anti-Israel liberal activists have taken on her cause and Odeh recently helped organize the “Day Without A Woman” protest.

In 2014 though, Odeh got in hot water when it was revealed that she lied on her citizenship application and visa forms about her terrorist activities and her ties to terrorist groups. A federal judge sentenced her to 18 months in prison for immigration fraud.

Now, the 69 year-old will avoid jail time, but she will be deported and stripped of her citizenship. Odeh, a Palestinian, will be deported to Jordan, but her side is framing it as a victory. “Under this current, racist political climate, and facing 18 months or more of imprisonment, as well as the possibility of indefinite detention by Immigration and Customs Enforcement (ICE), Rasmea has made the difficult decision to accept a plea agreement,” the Rasmea Defense Committee said in a statement. “She will plead guilty to Unlawful Procurement of Naturalization, lose her U.S. citizenship, and be forced to leave the country, but will exit the U.S. without having to serve any more time in prison or ICE detention, a victory, considering that the government had earlier fought for a sentence of 5-7 years.”

It is unfortunate that she will be avoiding prison, but at least she will not be able to spread her hatred in the United States anymore.