Liberal Education: This is What UNARMED COPS Did in London When the Terrorists Attacked

The London terror attacks have been getting progressively worse, with the latest being on London Bridge. With that, two staggering stories were reported. One was that when reports of the attack first started[1], there were a few community police in the area that ran away. Mind you they were not armed…but your home and your people are under attack. 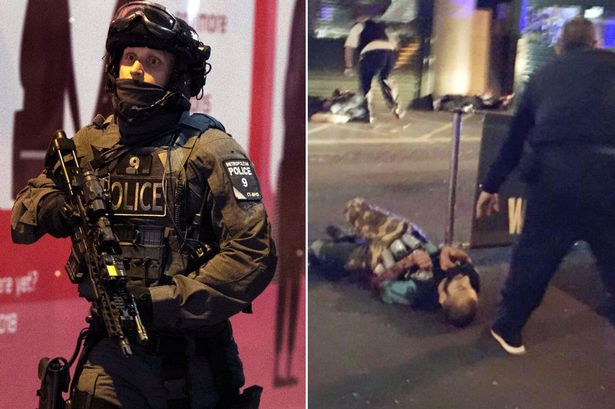 “The guy with the knife was killing two people. We were shouting ‘stop, stop’ and people threw chairs at them. Police came and shot straight away.”

But that didn’t mean they all ran away. Reports have it that at least two police officers went into beast mode and fought back against terrorists. One of the officers, a Rugby player, who was severely injured, was stabbed in multiple places, but fought them off until his injuries forced him to the ground.

Sky sources:first police officer on the scene (rugby player) took on all terrorists until he was forced to ground. Serious condition in hosp

The customers of the bar were also fighting back, throwing anything they could at the attackers until police with actual firearms arrived. They arrived rapidly and shot these scumbag terrorists up, though the firefight still was reported to have taken 8 minutes before the threats were neutralized.

So, here’s the question London needs to ask itself if it hopes to learn from this horrible mistake:

How many people were killed or injured because the community police where unable to carry any guns? Some ran and some fought, yes, but who at the scene would not have wanted a gun in the hands of a good guy?

Get your crap together, Brits and stop complaining about America being gun crazy when you obviously are in need of them. Your citizens are suffering over politics. There’s no winning these attacks on your streets until good guys are armed and these scumbags know it.