Fresh off of a hostage crisis in Sydney and a horrific attack on a Pakistani school that left over 100 children dead, liberal magazine Vox is making sure we know who the real enemy is: us racist Islamophobes. Evidently, asking Muslims to condemn acts of Islamic terrorism is bigoted, or something. 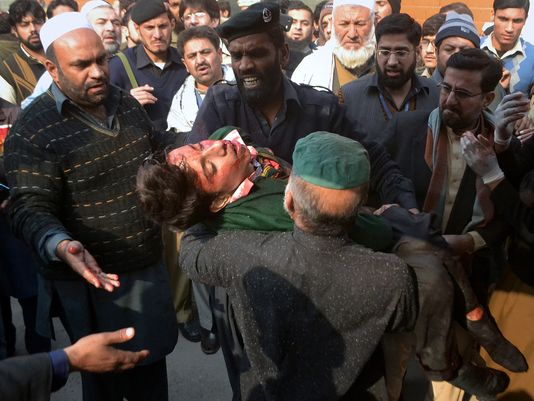 This expectation we place on Muslims, to be absolutely clear, is Islamophobic and bigoted. The denunciation is a form of apology: an apology for Islam and for Muslims. The implication is that every Muslim is under suspicion of being sympathetic to terrorism unless he or she explicitly says otherwise. The implication is also that any crime committed by a Muslim is the responsibility of all Muslims simply by virtue of their shared religion. This sort of thinking — blaming an entire group for the actions of a few individuals, assuming the worst about a person just because of their identity — is the very definition of bigotry.

It is time for that ritual to end: non-Muslims in all countries, and today especially those in Australia, should finally take on the correct assumption that Muslims hate terrorism just as much as they do, and cease expecting Muslims to prove their innocence just because of their faith.

We’re told that Islam is a religion of peace, yet Muslims are more violent than any other religious observers and are responsible, far and away, for the majority of terrorist attacks in today’s world — and the Muslims that aren’t involved are too often silent about it. Maybe if Muslims would stop being so violent, we wouldn’t have to ask them to condemn the violence. Just a thought.