The anniversary of 9/11 is less than a month away, and ISIS is getting bolder by the day. Fresh off reports that talks of terror attacks have been increasing as 9/11 gets closer, a man in Chicago has been arrested after waving an ISIS flag from his car and threatening to kill police. 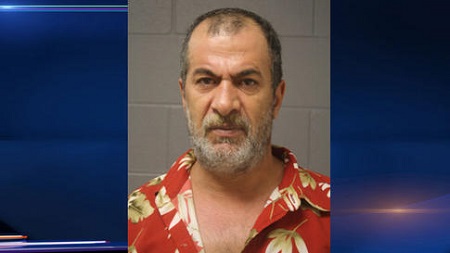 A man who had an ISIS flag waving from his vehicle is facing several charges after he threatened police with a bomb Wednesday morning when he was pulled over on the Southwest Side.

Emad Karakrah, 49, was charged with felony counts of disorderly conduct and aggravated fleeing; and a misdemeanor count of driving on a never-issued license, according to Chicago Police. He was also issued three traffic citations.

Someone called police after seeing a “suspicious person” driving a silver Pontiac southbound in the 7700 block of South Kedzie at 9:18 a.m. with an ISIS flag waving out the window, according to a police report.

Officers attempted to pull over the vehicle, but the driver took off, according to the report. The officers called for assistance, and another officer pulled the vehicle over after it went through several red lights.

The man told police during his arrest that there was a bomb in the car and he would detonate it if they searched the vehicle, according to the report.

Have no fear, though — our president is working diligently to address the problem and to keep this country safe. Oh, wait… he’s on the golf course. Nevermind.