Liberal Congressional Candidate: The Manchester Terrorist Attack Was All About…..Sexism Against Women

Terrorism has struck again in Europe, this time at an Ariana Grande concert in Manchester. 22 people dead and 59 people injured at the current time and many are concerned that something like this could happen again.

While most people are blaming Islamic extremism for the terror in the UK, Democratic congressional candidate Brianna Wu took to Twitter and flung accusations like a primate flinging excrement.

Her claim? This tragedy has sexism written all over it. 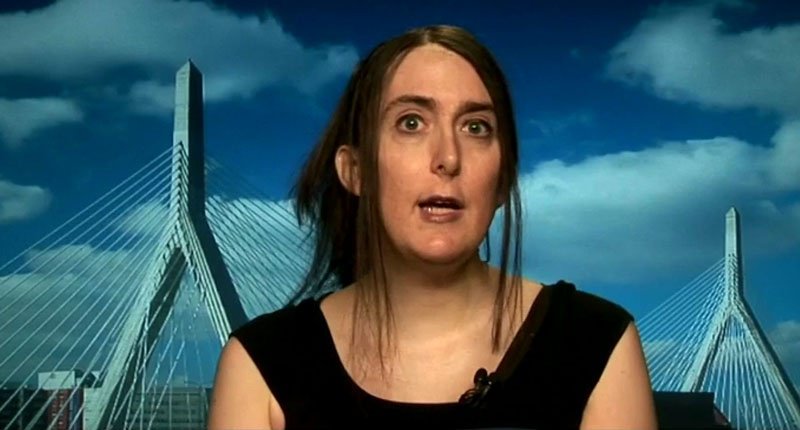 Wu suggested that the violence that took place in Manchester was meant to target women specifically.

After deleting the two tweets, Wu attempted to clarify. I have to admit that I totally agree with some of what she said. 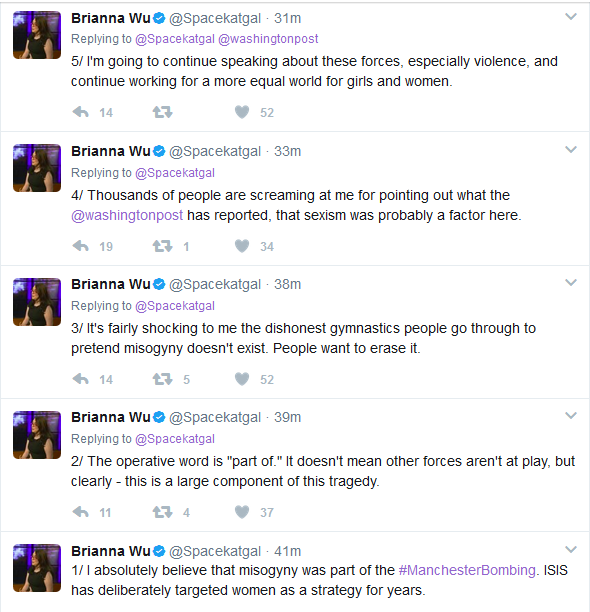 “I absolutely believe that misogyny was part of the #ManchesterBombing,” she began. “ISIS has deliberately targeted women as a strategy for years”

She has a point. ISIS and all of militant Islam has a tendency to attack women and turn them into slaves and sexual objects because they are the weaker sex.

“The operative word is ‘part of,” Wu continued. “It doesn’t mean other forces aren’t at play, but clearly – this is a large component of this tragedy.”

I have to disagree. I don’t believe that gender had anything to do with the decision to attack the auditorium and the concert’s attendants. It has more to do with the location and the potential for destruction. That’s why the bomb was full of nails; they wanted to hurt and kill as many people as possible. It is extremely unlikely that the terrorist(s) took into account anything more than how much blood they could shed in that instant.

It’s absolutely absurd to pin this attack on sexism, but it’s good to know that feminists are waking up and seeing that Islamism is a threat and needs to be eradicated as soon as possible.