Charlie Hebdo has been the victim of horrific violence, thanks to Islamic terrorists, but they responded admirably, refusing to be intimidated. Not everyone has shown such bravery, though, like Oxford University, which told their authors not to mention bacon or pork in fears of offending Muslims. 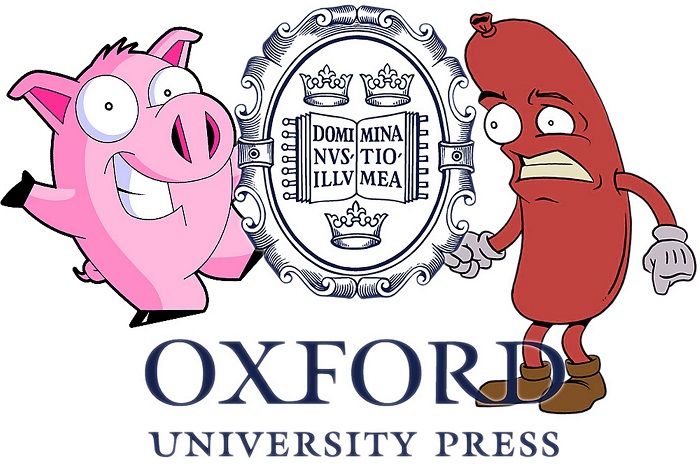 Oxford University Press (OUP) explained that their books must take into consideration other cultures of the world and must avoid mentioning pigs or “anything else which could be perceived as pork,” the International Business Times reported.

The move was revealed during a discussion on free speech during BBC Radio 4’s “Today,” following last week’s terror attacks in Paris.

“I’ve got a letter here that was sent out by OUP to an author doing something for young people.” Presenter Jim Naughtie said. “Among the things prohibited in the text that was commissioned by OUP was the following: Pigs plus sausages, or anything else which could be perceived as pork.

“Now, if a respectable publisher, tied to an academic institution, is saying you’ve got to write a book in which you cannot mention pigs because some people might be offended, it’s just ludicrous. It is just a joke,” he said.

At this point, why even bother not just bending over for the Muslims and becoming good little dhimmis? Everything about us infidels offends them, so if we’re just going to change our behavior to keep from “offending” them, then why even bother with the pretense of fighting them?