As soon as it was announced that the Obama administration had negotiated the release of Sgt. Bowe Bergdal in exchange for 5 hardened terrorists held at Guantanamo Bay, Republicans and surprisingly, even some Democrats, have raised questions about the legality of it all. It didn’t take long for members of congress to call for an investigation which looks to be in the works[1].

Apologists for the Obama administration argue that talks with congress were occurring well before the 30-day notification period required by the National Defense Authorization Act;: however that: argument is easily invalidated by referring to the language of the law, which was written by the Obama administration and signed by president Obama himself.: The law explicitly binds the president to notify congress within a 30-day period. While the president has repeatedly said he did not violate any law, Saxby Chambliss disagrees[2]: 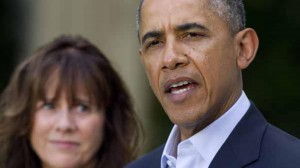 [3]
As with all legal documents, the wording is important and in this case it was explicitly clear.: But even if those who claim no laws were broken because discussions about Bergdal’s release reportedly took place[4], they must admit that: the administration unequivocally: failed to notify Congress: of the conditions of the trade.

Ironically, there is another twist to this brought to light: by [5]Judge: Andrew Napolitano:

Napolitano explained that a statute prohibits use of taxpayer dollars or federal funds to pay for removal of anyone from Gitmo if Congress hasn’t been given 30 days notice. In other words, President Barack Obama unlawfully spent money.

By releasing these detainees “into the theater of war,” Napolitano said Obama has also provided material assistance to a terrorist organization, which is illegal.

“You’re accusing the president of the United States of aiding and abetting the enemy?” Smith asked.

So, here we are with yet another investigation on the horizon. Maybe it wouldn’t feel so daunting if the investigations actually resulted in something meaningful. Sadly, I fear that just like with ever other scandal or investigation, this will amount: to nothing more than political theater.