Taxpayer-funded PBS is not content to pump children’s heads full of moonbattery only when they are at home watching TV. After all, parents might come in and turn the channel. Presenting the “Dying to Be a Martyr” lesson plan:

The “Dying to be a Martyr” lesson plan is offered through PBS’ LearningMedia website, “a media-on-demand service offering educators access to the best of public media and [delivering] research-based, classroom-ready digital learning experiences,” according to the PBS website.

The lesson plan introduces kids to the motivations of Palestinian terrorists and their justification for murdering the innocent. The intent is clearly to get children to view terrorism from the terrorists’ point of view. Criticizing their bloodthirsty, sociopathic mentality is not on the agenda; that would be Islamophobic. The Israeli point of view on this issue is apparently not deemed to be relevant.

Not everyone is pleased:

At the end of March, the Christian Action Network sent a “Letter of Demand” to officials at the U.S. Department of Education, mandating the PBS LearningMedia website cease its “so-called educational material” covering topics related to Islam, which CAN said are “nothing more than indoctrinating students into Islamic religious beliefs, duties and actions.”

A review of the LearningMedia website by The Blaze found at least six lengthy lesson plans focused on teaching students about various aspects of Islam, including “The Five Pillars of Islam,” “The Haj: Journey to Mecca” and “Salat: Prayer in Muslim Life.” However, no similar lesson plans covering other religious groups—including Christianity, Judaism, Buddhism, Taoism or Hinduism—were discovered on the website.

For the time being, the Muslim cause is a progressive cause.

It is bad enough that the government taxes us into the ground and then wastes most of the money counterproductively. Spending it to brainwash schoolchildren into sympathizing with maniacs who want to kill them is pushing moonbattery over the edge. 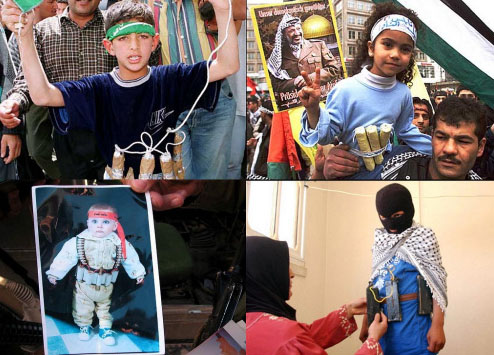 PBS must do the lesson plans in the Palestinian territories.

On tips from Steve A and J. Cross-posted at Moonbattery.