Obama won’t be able to blame the San Bernardino shooting on “workplace violence”. The latest evidence confirming that this was Islamic terrorism is that before the attack, the jihadists destroyed all of their digital footprints. 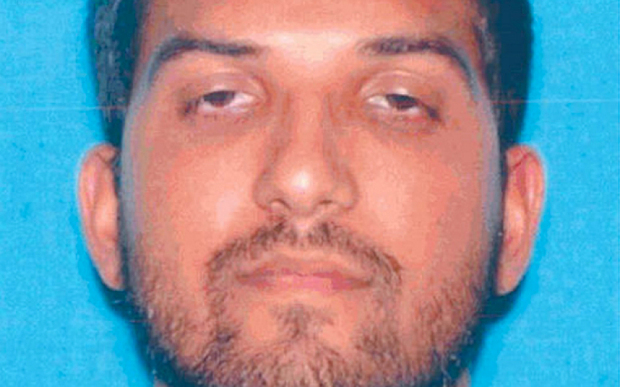 Syed Farook and his wife Tashfeen Malik destroyed all of their digital footprints one day before their planned terrorist attack.

… The husband and wife who carried out a deadly shooting spree in San Bernardino, California, began erasing their digital footprint a day in advance of the attack — deleting email accounts, disposing of hard drives and smashing their cell phones, according to law enforcement sources involved in the investigation.

Officials are still working to determine what motivated Syed Rizwan Farook and his wife Tashfeen Malik to storm a conference room inside the Inland Regional Center as a holiday party was taking place Wednesday and spray the room with bullets.

Fourteen people were killed and 21 others injured either in the initial attack or as police engaged in a firefight that mortally wounded the heavily armed couple.

Officials involved in the investigation say the couple appeared to have gone to great lengths to conceal their plans — a cell phone recovered from Ms. Malik’s body was newly purchased and had had been used only recently. Two other cell phones that were recovered had been smashed with a hammer and were expected to be sent to the FBI’s forensic lab in Washington for examination.

Authorities also noted that a hard drive and motherboard are missing from a computer found at the Redlands, California, home the couple rented.

It isn’t hard to figure out what they were trying to hide. These were terrorists, plain and simple, and we know that for a fact now — erasing their digital footprints couldn’t hide that for long.