Sen. Tom Cotton: America ‘Should Be Proud of the Way We Treated These Savages at Gitmo”

Obama has been steadily releasing captured terrorists from Guantanamo Bay, while simultaneously bashing the United States for our supposed horrible treatment of the terrorists there. But Senator Tom Cotton is firing back, saying in an interview with Megyn Kelly that that we should be proud of the way we treated the “savages” at Gitmo. 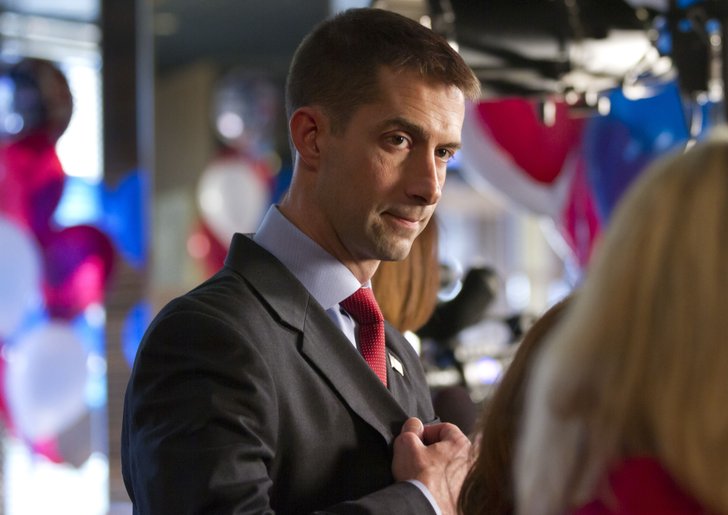 Senator Cotton, an Iraq and Afghanistan war veteran, told Kelly that we should be sending more terrorists to GITMO, rather than releasing them and that if we’re not going to kill them, at least capture, interrogate and detain them.

“In my opinion, we should preserve Guantanamo Bay as a critical part in the overall War on Terror. We should be sending more terrorists there. It’s always good to kill a terrorist, if that’s the only choice, But it’s even better to capture them, and interrogate them, so that you can develop more intelligence, so we can stop attacks against the American homeland and against American citizens’ interests around the world.”

… Last week, Cotton grilled a Department of Defense bureaucrat over the closing of GITMO, calling it a political decision based on a campaign promise Obama had made, rather than a national security decision.

“In my opinion, the only problem with Guantanamo Bay is there are too many empty beds and cells there right now,” Cotton told Brian McKeon, the Deputy Undersecretary for Defense Policy. “We should be sending more terrorists there for further interrogation to keep this country safe. As far as I’m concerned, every last one of them can rot in hell, but as long as they don’t do that they can rot in Guantanamo Bay,” he proclaimed.

It’s nonsensical to capture terrorists, let them hang out in Cuba for a little while, and then release them so they can resume their terrorist activities. But hey, that’s the Obama way — anything that can weaken the United States, he’s going to do it, right?