What do you want to bet they get off with a slap on the wrist for this[1]? Caught dead to rights sending weapons, uniforms, tactical equipment and money to ISIS… and it took two years to even charge them. Then the DOJ crows how it is their top priority to identify, thwart and hold accountable individuals within the United States who seek to provide material support to terrorists and terrorist organizations operating in Syria and Iraq. Right. This is just pretending to really go after terrorists and their supporters by the DOJ. How many have gotten away with this? Many, many, I’ll bet. The ones who are arrested and charged seem to serve light sentences and get off easy. It looks to me all for show. 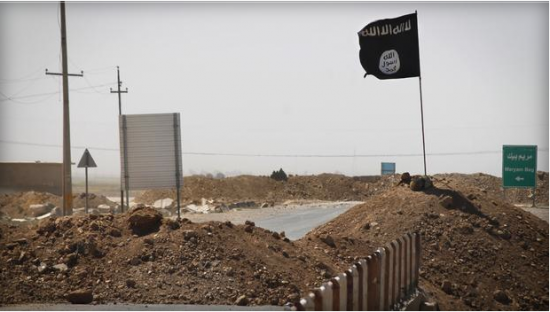 WASHINGTON – Six Bosnian immigrants have been charged in the U.S. for allegedly supporting the Islamic State of Iraq and Syria (ISIS)[3], the Department of Justice said Friday.

The suspects immigrated from Bosnia, the Justice Department said. Three of them became naturalized U.S. citizens and the others have legal resident of refugee status.

According to an indictment unsealed Friday, the defendants sent weapons, U.S. military uniforms and tactical equipment to a man named Abdullah Ramo Pazara, a Bosnian who traveled from St. Louis to Syria in 2013 to join ISIS. They also used Western Union and PayPal to transfer money to Turkey and Saudi Arabia, where third parties sent it to Syria and Iraq. Some of the equipment was also transferred through intermediaries.

Pazara was not charged because it is believed that he was killed last year. He communicated with the defendants through social media, according to the FBI and DOJ, and bragged online about killing and kidnapping several people.

Ramiz Zijad Hodzic and Rosic face the additional charge of conspiring to kill and main persons in a foreign country.

Hodzic allegedly provided tactical advice to Pazara and other foreign fighters, the indictment said, and sent rifle scopes and range finders to Pazara, intending that they be used on sniper rifles. Rosic attempted to travel to Syria, according to the indictment.

“Today’s charges and arrests underscore our resolve to identify, thwart, and hold accountable individuals within the United States who seek to provide material support to terrorists and terrorist organizations operating in Syria and Iraq,” Assistant Attorney General for National Security John P. Carlin said in a statement. “Preventing the provision of supplies, money, and personnel to foreign terrorist organizations like ISIL remains a top priority of the National Security Division and our partners in the law enforcement and intelligence communities.”

The suspects face up to 15 years in prison and a $250,000 fine on each count if convicted. Hodzic and Rosic could be sentenced to life in prison if they are convicted on the additional conspiracy charge.

If we were truly serious about nailing people like this who heart ISIS and the caliphate, they would get an automatic death sentence for treason. And it would be carried out within 48 hours upon conviction. That would put an end to some of this crap. Instead, our leaders in turn appear to be supporting Islamo-fascists by pretending to go after them and then turning a blind eye to the majority of support and to the ever increasing threats from terror groups, mosques and imams here in the US. And don’t overlook the massive infiltration of Muslims into the US and our government and the implementation of Shariah Law state by state. In point of fact, the Muslim Brotherhood is in the White House and in our national agencies. The enemies within policing terrorists won’t work.