Terror attacks are becoming more and more common across Europe and in France specifically. The number of people being victimized by Islamic radicals has jumped sharply from where it was at before Muslim refugees began moving into European countries under the guise of being “refugees.”

The most recent example of those kinds of attacks would be the reports of a man screaming “Allahu Akbar” while killing two women with a knife at the Marseille train station in France, in what is being reported as a “suspected terror attack.” Because there is totally a chance he could have just been praying when his body made him involuntarily hack two women to bits. 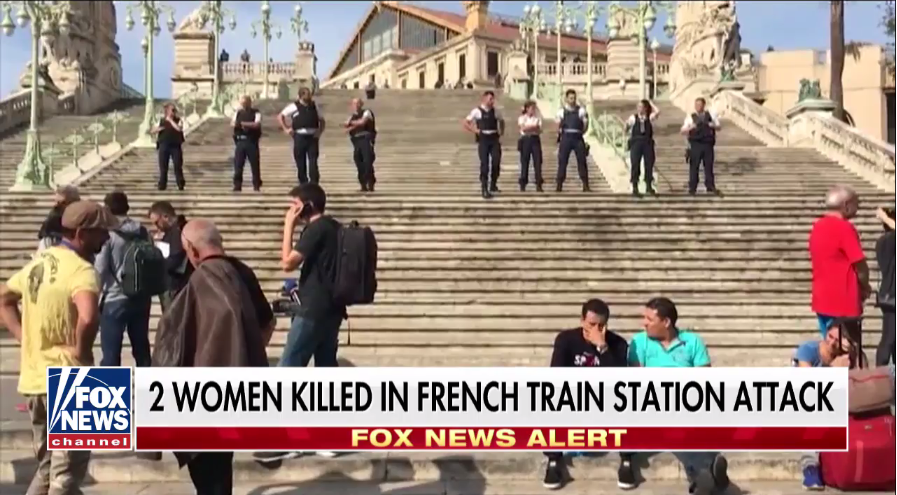 The victims, reportedly 17 and 20 years-old, were killed on Sunday by a man with a knife inside of a French train station. One had her throat slashed and the other is believed to have been stabbed in the stomach.

ISIS has already claimed responsibility for the attack, claiming one of their soldiers was behind the horrendous affair.

One witness claimed that she saw the man pull a knife from his shirt sleeve and murder both women before shouting “Allahu Akbar.”

Pierre-Jean – who was in a shop with his family near where the attack occurred – described the scene as “total panic.”

“We were taken out (of the shop) but the police, I was surprised, intervened very, very quickly, a first team then security forces arrived regularly after that and in numbers,”  he said. “At that point we felt safe.”

The attacker was shot and killed by soldiers who were patrolling outside the train station that day. They reported that he was in his 20s and appeared to be of “North African appearance.”

Following the attack, counter-terrorism officials in France announced that they have opened up investigations into “killings linked to a terrorist organisation” as well as the “attempted killing of a public official.”

It’s sadly ironic that these people can’t see the cause and effect relationship that is at work here. They are allowing people into the country with open arms and closed eyes, and then they’re shocked when some of those people are (as America warned) ISIS infiltrators looking to embed themselves into western culture before carrying out their attacks.

Liberals and bleeding hearts around the world bashed Trump for wanting to restrict travel from terror-rich countries, saying it’s “unfair” and “un-American” but after events like this, it doesn’t look so ridiculous, does it?