The problem the Southern Poverty Law Center faced is that there is plenty of terror in this country, but it is almost invariably committed by members of favored groups that the SPLC fawns over, to advance ideologies with which the SPLC sympathizes. The solution was simple. Just categorize Islamic and black supremacist violence as “right wing”:

The SPLC maintains a list called “Terror from the Right,” which according to them is “a synopsis of radical-right terrorist plots, conspiracies and racist rampages since the Oklahoma City bombing in 1995.”

The list would be short if they didn’t apply a little creativity. Their definition of “The Right” was stretched beyond the breaking point to include Omar Mir Seddique Mateen, Luqman Ameen Abdullah, Micah Xavier Johnson, and Gavin Eugene Long.

Mateen killed 50 at an Orlando night club on behalf of the Islamic State. His fellow jihadist Abdullah was an imam who died in a shootout with the FBI.

Johnson was a black supremacist who killed five Dallas police officers while deranged by the sort of propaganda that is peddled by Black Lives Matter and the SPLC. Long, who killed three cops in Baton Rouge, was a former member of Nation of Islam. Both appear to have been motivated by hatred of white people.

Surprisingly, Floyd Corkins Jr., who planned to murder people at the offices of the Family Research Center and rub Chick-fil-A sandwiches in their faces on behalf of militant sexual depravity, does not seem to have made the list of right-wing terrorists. 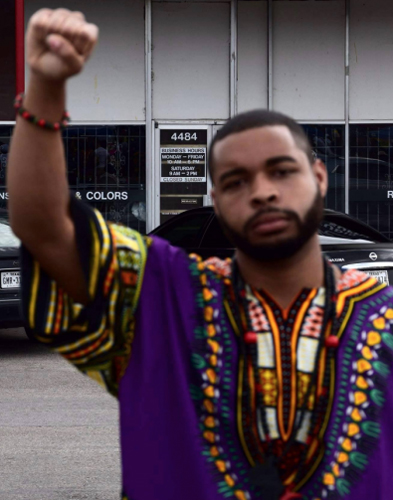