Australian journalist Ben Terry[1] posted to his Twitter[2] page footage of terrified people in Nice huddling in a diner as the horror unfolded outside. An ISIS Jihadist mowed down 84 people while shooting a gun. Among the dead are at least 10 children, with 54 other children wounded and scores of adults dead and wounded. French police shot and killed the terrorist who was shouting ‘Allahu Akbar!’ These people were just weak-kneed terrified and I don’t blame them. An accomplice of the killer got away. They had no way of knowing if ISIS gunmen would be going door to door executing people. All they could do was hunker down and pray. 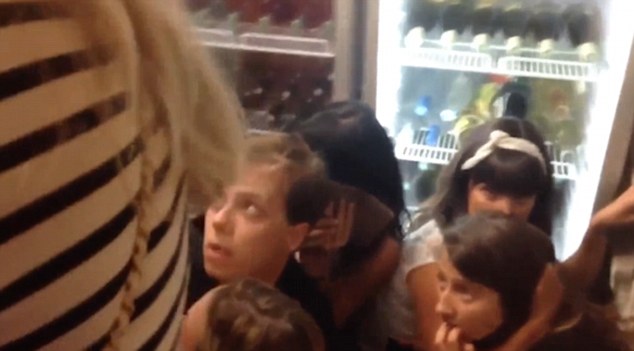 Terrifying video footage from Nice shows a crowd of people huddled together inside a restaurant storage room during a terrorist attack where at least 77 people have died and 50 left injured.

The alarming footage was posted by Australian journalist Ben Terry, and depicts him and a group of people telling each other to keep quiet as panic spreads throughout the city.

The people cowered in the room as gunshots rang out in the streets.

Terry ran with the crowd after seeing people fleeing from the Promenade des Anglais where they were watching the Bastille Day fireworks. The gunman had plowed into the crowd as they were looking up at the beautiful display of pyrotechnics. After fleeing, they hid in a restaurant storeroom just around the corner from the scene. Panic spread throughout the city and this morning the airport there is on lockdown. Bastille Day will never be the same in France after this. In a Tweet posted 10 minutes before uploading the short clip, Terry wrote: ‘Seems to be under control in #nice but the mass panic was like (nothing) I’d never seen. We heard several gunshots, of course we had no idea where they were coming from, but after the Paris attack and we what saw in Brussels recently there was a sense of tension and we ran with the crowd.’ He added: ‘We managed to run up the side ally into a restaurant and we quickly ran into a store room there and were huddled up with a bunch of other people. Several of them were crying, some were trying to call their family and more and more people were running in.’ This is a horrifically tragic day in France and people are still terrified. At least these people found safe haven in that diner. 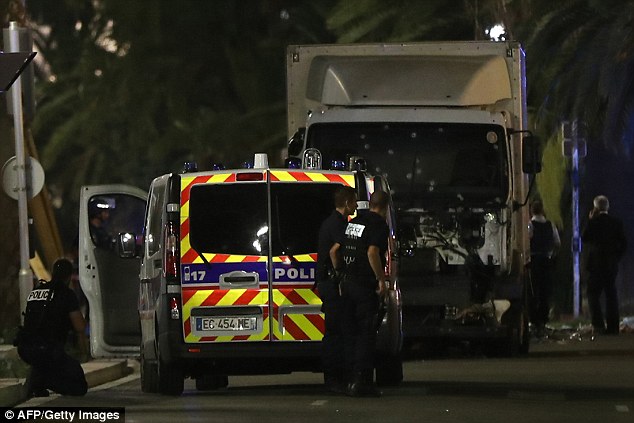 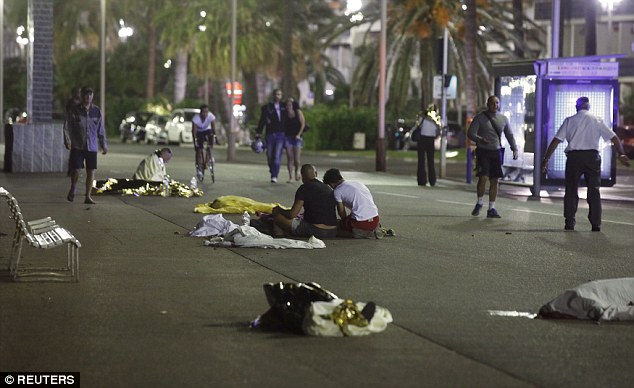