Exactly right.[1] I would too. Dr. Sebastian Gorka, who is an international renowned authority on national security and terrorism, says that if he were ISIS, he would exploit the hell out of Obama’s lame duck presidency as it winds down. You betcha. I predict that is exactly what they will do and Obama won’t care in the least. Americans should be on high alert as ISIS already has operatives here in our country and with Obama’s refugee resettlement program more and more are sure to arrive and set up shop. It’s only a matter of time until we get hit with something like the Brussels attack. The threat is imminent and upon us. We may not face as severe a threat as Europe does at the moment, but our entire country is one huge soft target and ISIS knows it. 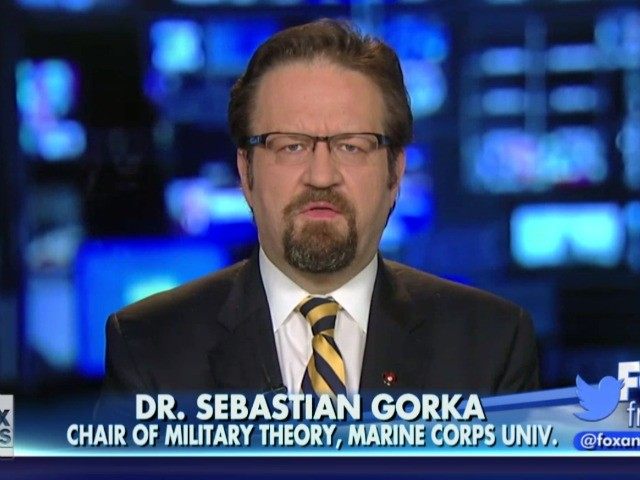 Dr. Sebastian Gorka, internationally recognized authority on national security and terrorism, said Americans need to be alert to terror threats that are imminent with Obama’s presidency winding down.

“If I’m the enemy I will exploit the lame-duck presidency of President Obama,” Gorka said on Fox News’ “The Kelly File” on Friday.  “So, every American needs to be awake and realize the threat is real and it is imminent.”

Gorka believes attacks will increase in the coming months as terrorists see the end of the current administration’s term as an opportunity to increase jihadist activities and radicalize individuals.

“If I’m inside ISIS, I’m going to exploit an administration that’s obsessed with social justice and with climate change,” Gorka said. “When we have a commander-in-chief who seems to be absent without leave, hanging out with Communist dictators or dancing in Argentina, I would exploit that mercilessly.”

Gorka is an expert[3] on irregular warfare which is what we are now facing. He has said security and intelligence officials know what they are doing, but politicians get in the way. Gorka: “It’s not a real problem of the operators. I’ve talked to these people. The national security professionals, the intelligence community, they get it. They understand what the threat is. The problem is the politicians, the people who’ve created this paradise of multicultural post-secular, post-modern whatever you want to call it.” Right again. He also believes states will need to increase their efforts in the fight against terrorist groups if they are ever going to be defeated. “I’d like to see the members of NATO in Europe take their defense obligations more seriously and spend on their defense more proportionally. But this is really going to be a fight for our Sunni allies in the region. The face of the war against groups like ISIS and Al Qaeda have to be people like the Jordanians, the Egyptians, the UAE, the Sunnis of Iraq and we have to help facilitate their crushing of groups like ISIS.” Gorka stated the level of preparedness does not exist on the level that it needs to. “You don’t want to stop these guys minutes before they deploy, you want to catch them weeks and months beforehand by having people in those communities, human intelligence assets that can identify them in time, that’s what seems to be missing right now.” Obama is a rank amateur when it comes to national security. What’s more, he hates America with a passion. Gorka knows what he is talking about and he is literally pointing out that all Obama will do now is get in the way of the experts and get people killed. That’s all he’s ever been good at.