This video seems to show a man on a Greek Coast Guard ship[1] taking a long pole with a sharp tip and puncturing a life boat that had a bunch of refugees on it. The life boat sinks as the people on it scream and the vessel sails away. A Turkish ship arrives later and rescues the refugees and takes them to a port city named Didim in Turkey. A couple of things here, I couldn’t see the actual piercing of the life boat in this footage. It’s also been cut up and you don’t get the full footage of what transpired. You only have the word of the Turks and the Muslim refugees that this happened and they have been known to lie their head’s off. If this did happen, it is certainly disturbing and shocking. It shows just how much the Greeks hate the refugees who are demanding asylum in their country. 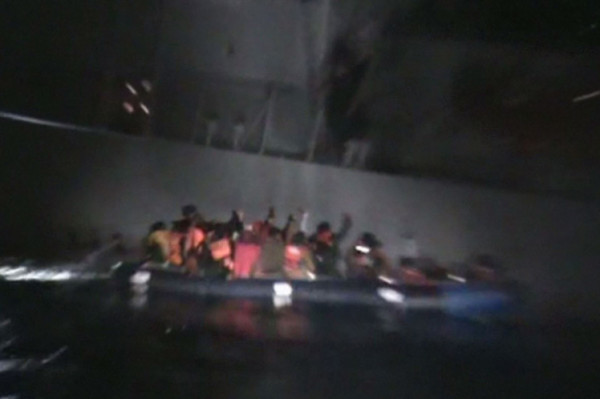 The footage recorded on November 12 shows a crewman on a Greek-marked coast guard ship jabbing a sharp pole into an inflatable boat full of people.

The 58 passengers on board the raft start to scream with fear while the vessel sinks – and the Greek ship sails away.

A Turkish boat later arrives and pulls the refugees out of the water. They were then taken to the Turkish port city of Didim.

The video was released by the Turkish government. An official said they had showed it to the head of the Hellenic coast guard earlier in the week, and had asked them to stop.

Commander Athanasios Athanasopulos was ‘shocked’ and promised to take action against it happening again, according to the Hurriyet Daily News[3].

‘The Turkish coast guard regularly films its rescue operations, and has previously shared footage with international media,’ a Turkish government official told Middle East Eye[4], on the condition of anonymity.

‘But this is shocking. We expect that this footage will be investigated – it’s difficult for us to understand why they would try to sink a refugee boat.’

Amnesty International has also viewed the footage, and said it was ‘profoundly concerned’. It has now urged the Greek authorities to launch a ‘prompt, thorough and impartial investigation into the incident’.

The Greeks could have just turned the life boat away and refused asylum to the refugees. Or they could have taken them into custody and sent them somewhere else. They didn’t have to sink the boat. That could have killed everyone aboard, which may have been the point. The Greeks have had it with all these invaders and it looks like they are making a point here. The Greeks are not known for moving quickly on anything and I think despite protestations, the government as well as the Greeks themselves may silently approve of actions like this. They are being overrun with Islamists and can’t take it anymore. I sympathize with their anger, but I can’t condone doing something that results in the deaths of people like this. There are other ways to handle the situation. They are calling this a push-back – it’s more like a revolt against the immigrants. 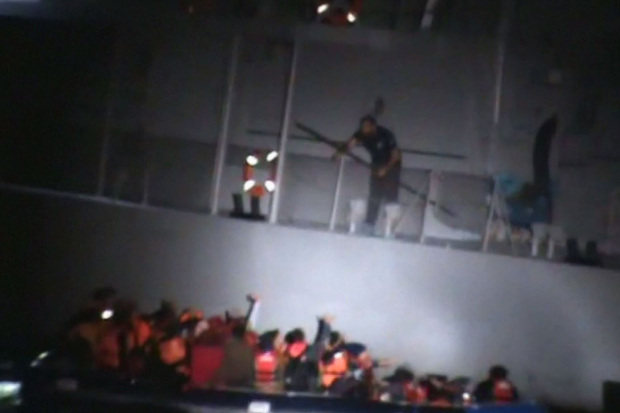