‘They turned me into a sex machine’: Pregnant woman raped by Boko Haram rapists reveals her horror

The news of the rescue of 700 women from the clutches of Boko Haram has the world relieved and grateful. But the news of the horrors the women were forced to endure similarly has caused shock and outrage. 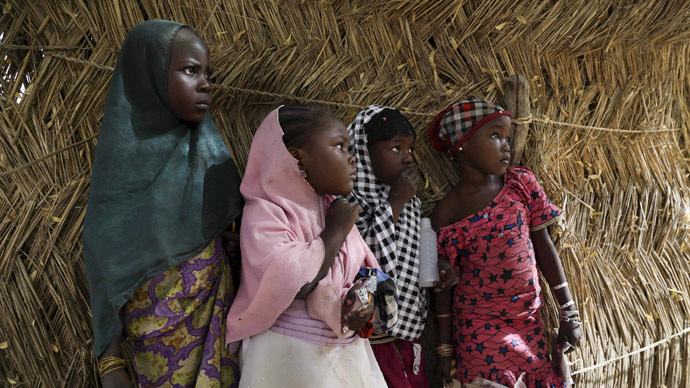 A woman has told how Boko Haram turned her into a ‘sex machine’ as it is revealed 214 among a group of 500 women and girls rescued from the militants have returned pregnant.

Asabe Aliyu is a 23-year-old mother of four children from Delsak, a village near Chibok town in northeastern Nigeria.

She was abducted from her village six months ago when it was overrun by Boko Haram and taken to the extremist’s stronghold in the Sambisa Forest.

After a series of sexual assaults on her by different men committed day after day, she was forced into marrying one of the fighters.

Asabe told the Nigerian paper, the Daily Times: ‘They turned me into a sex machine. They took turns to sleep with me. Now, I am pregnant and I cannot identify the father.

‘With my condition as a pregnant woman, I did the cooking of their food.’

Among a group of 534 girls rescued from Boko Haram 214 are pregnant and many are living with the horror of carrying their rapists’ babies.

Like Asabe, many were treated as ‘sex slaves’ by the militants and arrived starving and traumatised at makeshift army and government camps after trekking through the bush for up to two days.

They had been held in the Sambisa Forest before government forces moved in and the extremists fled, leaving hundreds of women to fend for themselves.

Around 700 have been freed from the clutches of the terror group in recent weeks.

No person should be forced to live the way these women were. Like ISIS and most other Islamic terrorist groups, these animals should be exterminated.