VIDEO: When an 8-Year-Old Dramatically Falls, Terrorists Think He is Dead – But Why He’s Faking is Courageous

There’s no questioning the cowardice of Islamic terrorists — these are pitiful excuses for human beings who use women and children as human shields, and cheer when they think they’ve killed a little boy. They chanted “Allahu Akbar!” when they thought they had gunned down an eight-year-old… but it turns out, he was just faking. 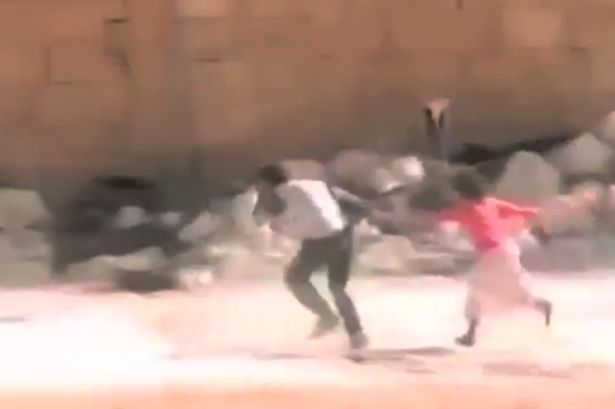 As an 8-year-old streaked across an open terrain of gunfire volleyed at him by terrorists, he only had one thing on his mind: to save a little girl pinned down behind a vehicle.

Watch the inhuman fanatics screech as the boy fakes being mortally wounded, only to scramble for the vehicle where the girl is trapped.

The New York Daily News and other outlets cross-checked the video with sources like the Telegraph, who consulted British experts who say the video is likely authentic.

Even children are fair game to these monstrous cowards. This boy has ten times the bravery and integrity they could ever even hope to possess.