VIDEO: Here’s A Terror Time-Lapse Map Showing All The Incidents With 20 Or More Victims Since 2000

The activity on this map is absolutely staggering, and it shows without actually saying it that when you put Muslims in contact with non-Muslims – as in the case of Israel, Iraq during the American occupation, sub-Saharan Africa and in India – you will get terrorism, and lots of it.

The video, which spans between 1.12.2000 and 13.11.2015, accounts for thousands of death – and includes some of the world’s most devastating terror attacks – including 9/11, the 7/7 terror attacks in London, and even last month’s attacks in Paris.

And while it’s not particularly surprising that the attacks have become more commonplace during that period, it doesn’t make it any less shocking as each one appears – with a different shape representing the death toll. 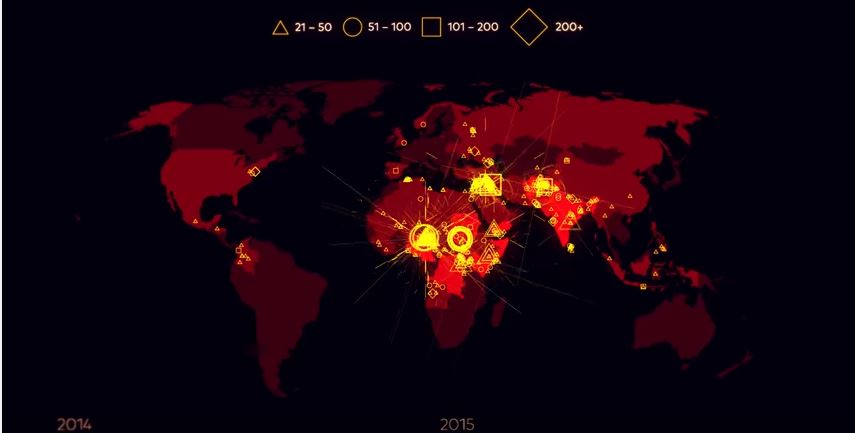 One hopeful note amid the carnage is the message at the end of the video. “In the last 15 years, no terrorist organisation has achieved its final goal,” it reads. “Let’s keep it that away.”

It’s not inarguable that the message is true. But most of the organizations bombing and shooting their way across the globe are attempting to bring a global Islamic caliphate, and for that to happen it would be a decision made by the West – not radical Muslims. So long as we refuse to give in to their barbarity, they will not win.