On Saturday, hundreds came together to protest against Islam’s Sharia law[1] at the site of the gruesome terror attacks in San Bernardino, California, and also other places in the state.

The protest rallies were put on by ACT for America — Bridgette Gabriel’s anti-Jihadist group — and they were held all round the country.

As the Los Angeles Times was there and reported that a diverse group of over 500 demonstrators came together at the Inland Regional Center in San Bernardino to protest what they felt was the evil spread by Sharia law in the United States. 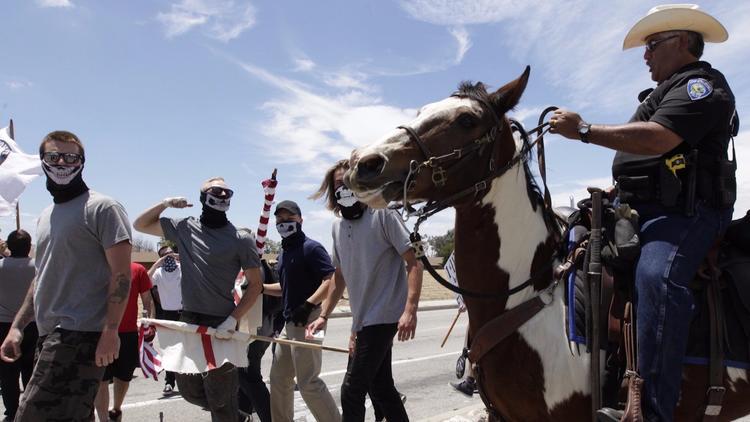 But like all the other protests, the radical left came out to greet them. The smaller groups of what the media calls counter-demonstrators (“Antifa” scum) were there to cause trouble as usual. San Bernardino Police Officers took care of security without any major incidents, except a couple of weak, pale, snowflake Anitfa.

The San Bernardino protest was organized by Latinos for Trump co-founders Marco Gutierrez and Denise Ruiz.

Marco, who grew up in Mexico, became a US citizen in 2003, married his high school sweetheart in California, and founded Latinos For Trump in 2016.

Gutierrez told Breitbart News, “We’re here to defend our country, because our way of life is threatened now.

“It’s the totalitarian idea that you’ll do this or else — reminds me of the fight in Mexico between the Catholics and the Masons –so we have some experience with this kind of tyranny.”

Gutierrez went on with that same tone:

“The media’s trying to make me decide whether or not my uncle who illegally immigrated to this culture should be deported, or whether my kids should be fed … and I choose that my kids get fed first, and if my uncle didn’t take steps to get his legal status in order, then I’m sorry, you’re going to have to go.”