WOW: Here’s How Many People Been Killed So Far During Muslim ‘Holy Month’

The Islamic holy month of Ramadan[1] began on May 26th. Muslims worldwide must fast during the day and spend the month in prayer, repentance and coming closer to their god. Jihadists use it as a time to murder infidels to show their devotion to Allah. This Ramadan has been particularly violent as can be seen in the Manchester bombing and the London Bridge terror attacks. In just ten days, more than 150 innocent people have been slaughtered by Islamists. Welcome to the Religion of Peace.

So far, Ramadan 2017 also includes the twin suicide bombings in Baghdad and a massive vehicle bomb in Afghanistan. There was also a contested terror attack in Manila at a casino hotel. The Baghdad bombings targeted both an ice cream shop and an elderly pension distribution center. The ice cream shop was frequented by families with small children and killed 10. The first bombing killed 12 and nearly 100 were injured between the two blasts. ISIS has called on Muslims worldwide to kill Westerners and Christians wherever they find them. 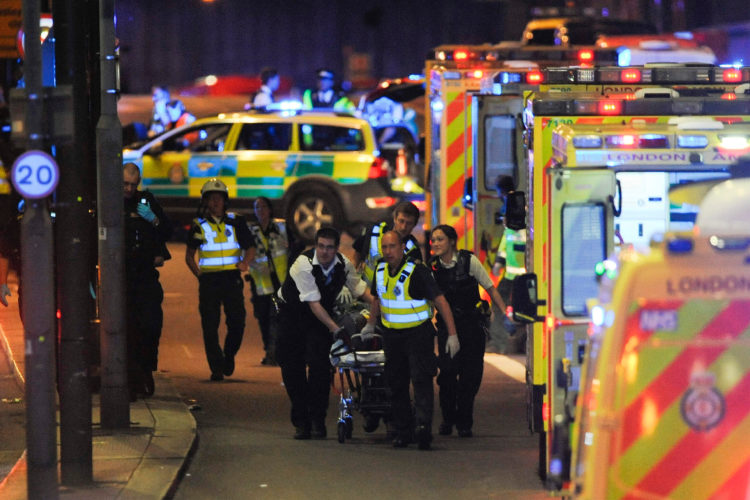 During Ramadan, Muslims are required to fast during the day. Fasting during Ramadan is so important to Muslims that it is included in Islam’s five core beliefs, known as the “Five Pillars of Islam.” During the “holy month,” Muslims focus on prayer, repentance and coming closer to their god.

That violence was projected worldwide Saturday[4] when three Islamic terrorists mowed down pedestrians on the London Bridge in the United Kingdom then began stabbing people in a busy restaurant and bar area in Central London.

The attack left seven dead and dozens others injured. It came less than two weeks after a suicide bomber killed 22 people at a crowded concert in Manchester, England.

In total, including Saturday’s attack in London, more than 150 people have died as a result of attacks carried out by Islamic extremists during Ramadan this year.

The Daily Caller initially reported Saturday[5] the number to 149, but that was before seven people were confirmed dead as a result of the attack in London.

ISIS is claiming now that the London Bridge attacks were in retaliation for the Brits writing on their missiles, “This is for Manchester.” But really, any excuse will do. This is how they celebrate Ramadan… with blood and death. The terrorists encourage other Muslims around the world by saying a Muslim will enjoy increased rewards in paradise if they perpetrate attacks during Ramadan.

In 2016, more than 400 were killed during Ramadan. This year, there has been an average of 15 per day. So, there will more than likely be much more bloodshed to come. One wonders how long the world will put up with this butchery in the name of Islamic fundamentalism. Ramadan in 2017 doesn’t end until June 24, giving Islamic extremists another 19 days to carry out attacks. CAIR condemned the London Bridge attacks, but not the one in Manchester. Many in the Ummah cheer this and encourage it… when will enough be enough? Americans aren’t going to tolerate this much longer I fear, but then again, it’s been 16 years since 9/11. 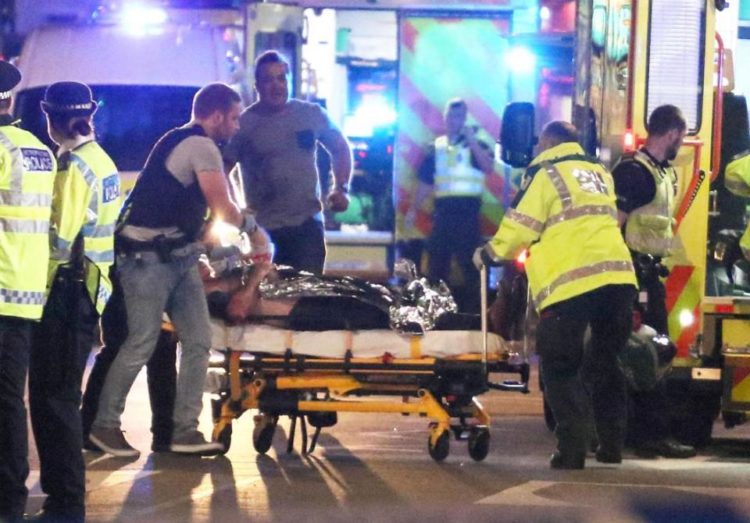