If the terrorist shoe fits.[1] New Jersey just became the first state to officially label Antifa a terrorist group. Yes! Because that’s exactly what they are. They did this back on June 12th. I’m surprised that progressive New Jersey was the first state to do this, but I’m very pleased. Antifa says they are against fascists, while in fact, they are violent fascists themselves. They overturn cars, burn them, break windows, throw feces and urine at police officers and viciously attack conservatives. This is very good news.

Homeland Security and Preparedness[2] states: “Anti-fascist groups, or “Antifa,” are a subset of the anarchist movement and focus on issues involving racism, sexism, and anti-Semitism, as well as other perceived injustices. Violent confrontations between Antifa members and white supremacists—as well as militia groups—will likely continue because of ideological differences and Antifa’s ability to organize on social media. In the past year, Antifa groups have become active across the United States, employing a variety of methods to disrupt demonstrations.” Anarchists are terrorists, plain and simple. 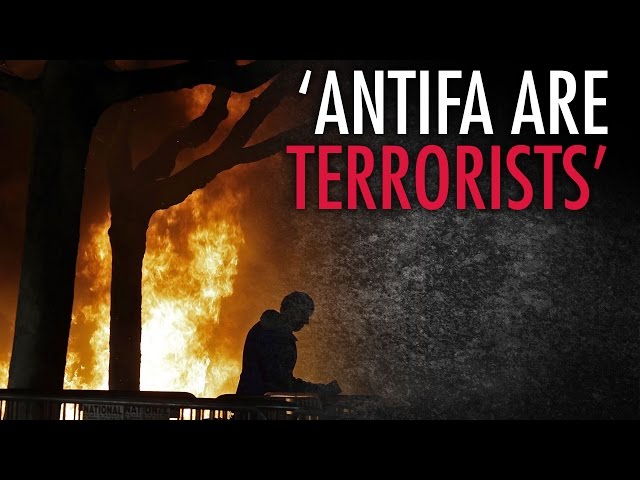 New Jersey has become the first state to include Antifa (the so-called “antifascists”) on a state list of domestic terrorist groups.

In an article dated June 12th, the website for New Jersey’s Office for Homeland Security and Preparedness profiles the “Anarchist Extremists,” summarizes how the group has engaged in violence against others, and releases the personal information of targeted individuals to expose them to violent harassment.

Well, it’s about time my home state did something right. This is hardly an inappropriate designation, as the definition of terrorism is “the unlawful use of violence and intimidation, especially against civilians, in the pursuit of political aims.” Is that not Antifa’s behavior to a T?

I hope this spreads across the nation. It is one more weapon to use against these radicals. This actually should have been done long ago when Antifa was terrorizing and intimidating those who wanted to attend conservative speeches on college campuses. Their behavior at President Trump’s inauguration should have gotten them labeled as such all by its lonesome. They cover their faces and they are the epitome of what terrorism is all about.

Among the many incidents that led New Jersey to declare Antifa a terrorist organization was the riot at Berkeley against Milo Yiannopoulos, a violent disruption against a pro-Trump rally in Philadelphia back in March and a violent attack against white supremacists on June 2016. Antifa has staged a number of other violent rallies and has committed numerous crimes across the country. One wonders what is taking the federal government so damned long to identify them as a terrorist organization. Paging DHS and the DOJ… add them to your list. 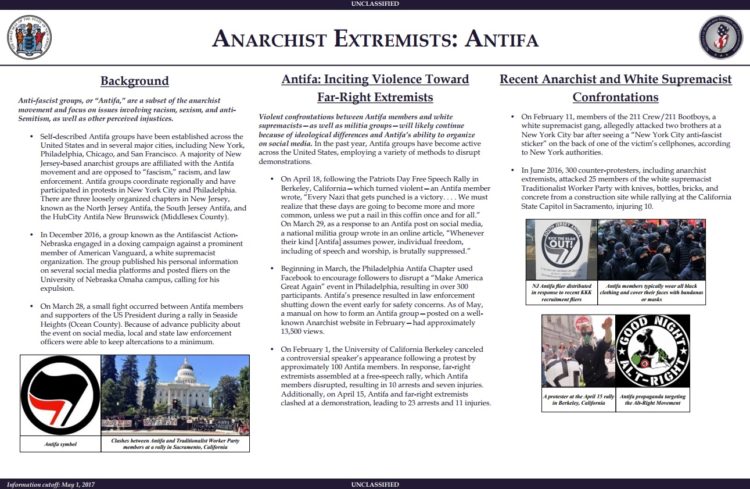