WhiteHouse.gov has a petition that wants to designate commie George Soros as an actual terrorist. I’m very good with that. It’s become wildly, off-the-hook popular. No surprise there. Soros, with his billions, has funded every evil, anti-freedom communist group out there and he keeps meddling in all our elections and politics trying to turn the US Marxist. He’s hated and feared and he likes it that way. Soros is akin to an old, fat and powerful spider and he really believes he is untouchable. And his son is following in his hoof-prints.

Soros has funded dozens of anti-American groups, unions, left-wing think tanks, Black Lives Matter, Antifa and communist entities. He also helps Marxists organize the violence you see in our streets. He’s a real peach. Soros is the epitome of an enemy within. He’s treasonous, evil, greedy, soulless and power hungry. I’m sure Hell has a seat of honor just waiting for this asshat. So, it’s little wonder that the petition to name him a terrorist is so popular. The petition is seeking 100,000 signatures. As of this writing it has 77,941. 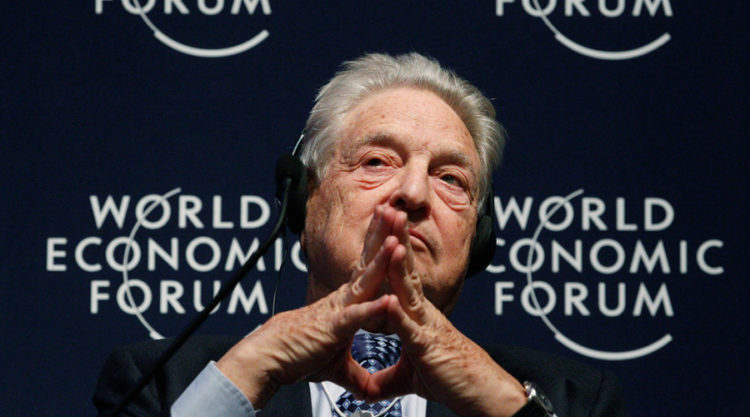 Soros is beginning to pour money into political races around the country to influence the 2018 elections. He’s shelling out $5 million to help left-wing Democrats with the upcoming 2018 midterms. That’s just about double what he spent in 2014. And it’s not just the left that Soros influences with his dirty money. Many on the right have received money from Soros and his organizations – once they do, he owns them. And one of his favorite targets is the Catholic Church. He turns certain Catholic groups leftist and gives them tons of funds to support illegal immigration, abortion and other abhorrent stances.

On July 31st, the Soros-backed American Bridge super PAC launched a multi-pronged effort to attack the White House on global climate change and the environment. Money is also being poured into the violent front-group Antifa, which is backed by Soros. There is also a petition to declare them a terrorist group… which they are. But so are Black Lives Matter, the New Black Panthers and the Nation of Islam… just as much as the KKK is. These are domestic terrorist groups and they are the ones setting our cities on fire. The Antifa petition has already surpassed 100,000 signatures, but so far, there is no word from the White House, the DOJ or DHS on its designation. 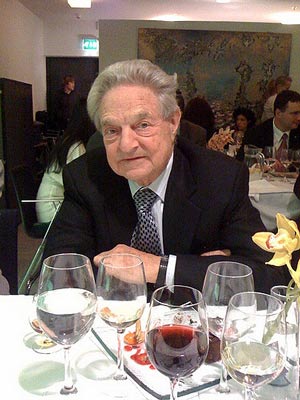 Soros is worth a whopping $25.2 billion. He made his money the old-fashioned way… by destroying people and countries to make a profit off the stock market. He is infamous for his Open Society Institute, MoveOn.org and Center for American Progress. He helped Barack Obama get elected twice. George Soros is a Hungarian-American billionaire who is the 33rd richest man in the world, according to Forbes. The 87 year-old investing heavyweight is behind many organizations and projects, some of which have been the target of criticism for years. His Open Society Foundation, along with USAID and the National Endowment for Democracy, have been accused of fomenting color revolutions to install governments – from Serbia in 2000 to the Ukraine in 2014. And he’s still trying to foment revolution here in the US through the rise of the American Spring. Here’s hoping he gets labeled the terrorist he is… but I’m not holding my breath over it.