This Week In Quotes

“Why would foreign governments suddenly lose interest in the charitable work the Clinton Foundation purported to do? They wouldn’t, unless the Clinton Foundation and CGI had existed to give foreign governments and businessmen a way to curry favor with a future president from the beginning. The April shutdown, then, makes complete sense: Why keep operating if there’s no influence left to peddle?” — Jim Geraghty[1] 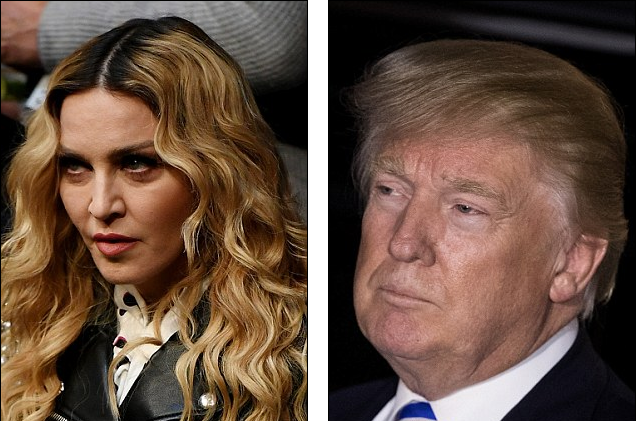 “Yeah, it was a bunch of mediocre Negroes being dragged in front of TV as a photo-op for Donald Trump’s exploitative campaign against black people. And you are an example of that.” — Marc Lamont Hill[3]

“A negating word preceding talk about me and my race/ethnicity,” she wrote. “Now wouldn’t that be helpful and good for a while? For me to experience what it may be like to have my personhood negated before a conversation even gets started?” — Ashley Judd[4]

“So I’ve been shopping around for a new religion to see me through the next four years. Too many of my fellow Christians voted for selfishness and for degradation of the beautiful world God created. I guess they figured that by the time the planet was a smoky wasteland, they’d be nice and comfy in heaven, so wotthehell. Anyhow, I’m looking around for other options.” — Garrison Keillor[5]

“Ignorance and bigotry are actually the best possible motives for having voted for Trump — they are at least honest, if not honorable. But I don’t believe all Trump voters are ignorant, or bigoted; most of them are just evil — evil being defined not as anything so glamorous as beheading journalists or gunning down grade schoolers, but simply as not much caring about other people’s suffering. They’re willing to consign someone else — someone Mexican, or Muslim, or trans, not anyone they know — to exile, arrest, or second-class status, in exchange for… what? A tax break? To send a message to Washington, or the mainstream media? Just out of spiteful, petulant rage?” — Tim Kreider[6]

“[The election] felt like someone died. [It] felt like a combination of the heartbreak and betrayal you feel when someone you love more than anything leaves you, and also a death. I feel that way every morning.” — Madonna[7]

“I’m angry. Yes, I am outraged. Yes, I have thought an awful lot about blowing up the White House. But I know that this won’t change anything.” — Madonna[8]

“The trend in the national two-party vote in those elections has been overwhelmingly in favor of the party out of power, to the point that Trump’s gain of less than a point in the two-party vote against Hillary was decisively the worst showing by a challenger in 200 years.” — Dan McLaughlin[9]

“Six states flipped (6.25 if we are counting fractions) is the fewest in a post-incumbent election since 1928, or since 1944 if you count races with an incumbent on the ballot. Nobody else has captured the White House while flipping fewer than nine. On average, the party in power loses a staggering 61 percent of all battleground states it had won under the last incumbent; on balance, it sees 44 percent of all the battlegrounds flip to the challenger in the next election. Trump flipped fewer than a third of all the Obama-won battleground states, roughly half the historical average, and his overall pickup of 6.25 states was just over a quarter of the battleground states.”  — Dan McLaughlin[9]

“Trump won seven of the nation’s ten largest states, compared with two for McCain and three for Romney. He flipped only six battleground states, but he managed to flip four of the seven largest states. On average, Trump earned 16 electoral votes per state flipped (counting Maine as a quarter of a flip). That’s not quite as unusual as you might think, but it’s almost the highest average since 1868.”  — Dan McLaughlin[9]

“I FULLY SUPPORT IMPOSING MARTIAL LAW – DELAYING THE INAUGURATION – UNTIL TRUMP IS ‘CLEARED’ OF ALL CHARGES,” — Rosie O’Donnell[10]

“HE MUST NEVER BE SWORN IN – DELAY INAGURATION – INVESTIGATE – ARREST HIM.” — Rosie O’Donnell[11]

“The ‘fake news” hysteria came, after all, from the same people who previously brought us ‘fake but accurate.’ If you don’t remember that phrase, here’s a refresher. In the 2004 election, CBS’s Dan Rather tried to pass off forged Texas Air National Guard memos in an attempt to impugn the military record of George W. Bush. It was fake news, and it was specifically designed to tilt the results of a presidential election.

Fortunately, intrepid bloggers debunked it within 24 hours, leading a peevish CBS News executive to scoff at the idea that they could be taught their own business by ‘a guy sitting in his living room in his pajamas.’ The moment that really crystallized this mainstream media arrogance was when the New York Times dubbed the memos ‘fake but accurate.’ The upshot? Fake news is really bad, unless it’s about someone we hate.” — Robert Tracinski

“And, you know, what I want to know is what has John Lewis done since he marched on Selma? Really. He’s riding on the coattails of something that happened over 50 years ago. …” — Crystal Wright[12]

“If Donald Trump was not white and a Republican, John Lewis would have no problem with anything that he had said, how he’s conducting his presidency. If John Lewis was not black, nobody would care what he is saying.” — Crystal Wright[12]