101 Things All Young Adults Should Know 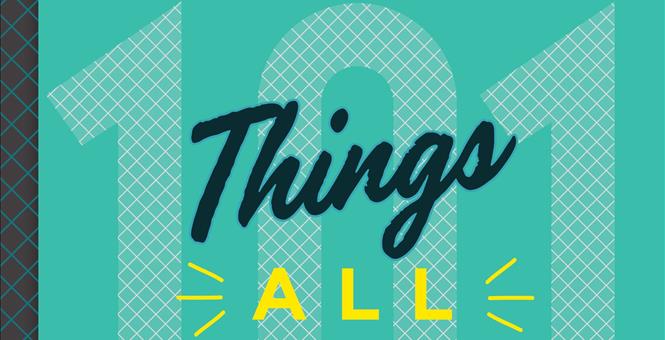 [1]John Hawkins, the owner of Right Wing News and other sites, and a contributor to Townhall, has written an important book[2] for young people, “101 Things All Young Adults Should Know.” It’s packed full of useful advice, the kinds of things you figure out 10 to 20 years later that you wish you would have known a lot younger in life. He’s got chapters on friendship, love, money, success, responsibility, career, health and more.

Hawkins tells young people they may think middle-aged people are a world away from them, and that they’ll never be like that. But that’s generally not the way it works. Every middle-aged person used to be their age once. “Those little choices you make today, so small, so tiny, so insignificant that you don’t even notice them — they accumulate over the course of a lifetime,” he writes. Hard drinking, smoking cigarettes and doing drugs may seemingly bounce off of you when you’re young, but will almost certainly catch up to you by middle age.

When you’re 18, you think that if you can accomplish everything — the big house, successful career, a beautiful spouse, fame, vacations —  everything will be wonderful. It’s not true. When I rented a 4,100 square foot house not too long ago, at the height of my career, it was the worst time of my life, and my health quickly deteriorated. It always looks greener on the other side of the fence. And getting there isn’t going to be easy, “Almost everything is going to be harder than you think.” Compounding things, Hawkins warns, “Right or wrong, good or bad, the more you achieve, the more criticism you’ll receive.”

Some of it is common sense advice, but tough, such as don’t loan money to friends. You will become like the people you spend the most time with. Hawkins peppers his advice with interesting stories from personal experience — you feel like you’re really getting to know him. You hear about all his bad habits that he’s been forced to learn to overcome as he’s gotten older. It’s especially meaningful to those of us who have known and read him over the years. We get to see the real Hawkins, not just the famous, successful owner of Right Wing News.

Although many of his life experiences are related to being a conservative activist, the book is really written generally for anyone, in a humorous style. One of his best pieces of advice is to learn the art of ignoring. Because he’s a vocal conservative, he receives an inordinate amount of criticism. “On a regular basis, I’m told that I’m stupid, fat, racist, fascist, ignorant, evil and mean,” he says. “Every body part I have has been negatively critiqued in detail.”

He provides some seemingly obvious advice, but it’s the kind that the youth of today aren’t going to hear in our anything goes, politically correct society. Don’t take nude photos of yourself. Don’t put anything on social media that you wouldn’t want the entire world seeing. And what many young people probably haven’t learned yet, is don’t expect even email to be secret (and no I’m not talking about NSA spying). Hawkins writes, “As someone who works in politics, I assume every email I send may end up published somewhere.” He doesn’t list any bad personal experiences, but that did dredge up a painful memory of mine. A political activist friend emailed me something critical about a politician friend of mine. I forwarded it to him — and he leaked it to the media which printed it. Needless to say, my activist friend was not pleased, I think it took her a couple of years to forgive me.

Similarly, don’t communicate with someone online when you’re mad at them. Hawkins reminds us what the Bible says, “A gentle answer turns away wrath, but a harsh word stirs up anger.”

He tells the (somewhat) entitled younger generations that maybe they should consider supporting themselves and moving out of their parents’ homes, even if it means working at — gasp — like him, Burger King. He explains why getting fired from a job can be a blessing in disguise.

He recommends taking several types of personality, love or health related tests. I agree that Myers Briggs is invaluable. The 5 Love Languages quiz helps you determine what you and your (future) spouse consider the best way to show affection — they’re not necessarily the same, which explains a lot of confusing miscommunication.

A large portion of the book focuses on very basic advice. As a cat lady (ahem, cat lover), I got a kick out of this: “Dogs are fantastic animals, but they are much more time consuming and expensive than you’d think.” Another tip is, “The keys to long-term finances are your house and your car.” This means not getting caught up into the mentality that you need expensive ones.

Perhaps his best advice is to focus on the positive. There will always be negative events so why keep reliving them? Or, “Look for something you love doing so much that you’d do it for free, and find a way to make it into a career.” He further explains, “Show me a guy who is six foot nine with great speed, a fantastic, vertical leap, and tremendous athleticism who hates basketball and loves golf, and I’d bet he’d be much more likely to become a great golfer than professional basketball player.”

I can attest to this approach. I wrote about politics mostly without pay from 1997 until 2015 and I have no regrets. Yes, it’s unfair that it’s hard to make a living in this field, but you can insist until the cows come home that beginning political writers deserve money. Unless you have wealthy parents who can fund your writing or who are connected (I had neither), good luck.

Fortunately, Hawkins reminds us, “You beat 50 percent of the people by just showing up, another 40 percent by working hard, and the last 10 percent is a dogfight.” Once out of the educational system, you’re no longer surrounded by overachievers. It’s not what you know, but who you know. And first impressions are extremely important.

But there will be the naysayers, who think you can’t be very successful because they know you too well. It happened to Hawkins — and he proved them wrong. He also advises, “If you want something, ask for it.” He documents examples of how it’s helped him, from career to health to services to dating.

Hawkins has such a smooth, enjoyable and hilarious style of writing that the book is a pleasure to read. Even a young person who detests reading won’t be able to put it down. It makes a perfect graduation present.