Sorry, ISIS, not that sad that some of your *ahem* ‘freedom fighters’ were killed when they were constructing BOMBS TO KILL INNOCENT PEOPLE![1] 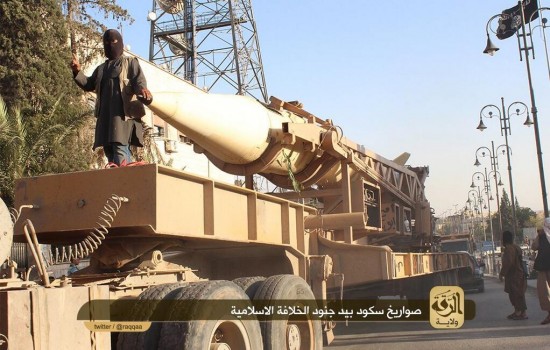 Baghdad, Sep 16 (IANS/EFE) – At least 14 members of the Islamic State (IS) terrorist group were killed Tuesday near Baghdad when a rocket whose warhead they were filling with chlorine gas exploded.

Iraqi security officials said seven more IS militants were injured in the incident, which occurred near the town of al-Dhuluiya, about 90 km north of Baghdad.

It was the first time that chlorine has been used as a weapon in Iraq, although it is not uncommon in neighbouring Syria, where the regime’s use of it has been denounced by the Organisation for the Prohibition of Chemical Weapons (OPCW).

Guess maybe you shouldn’t mess with things you know nothing about, or maybe just karma for your evil intentions? Either way, good riddance.