15-year-old boy ‘lured eight-year-old girl next door to his apartment, killed her and dumped her body’

Am I the only one who can taste the bile[1]? A 15-year-old is accused of luring his 8-year old neighbor into his apartment…where he murdered her and dumped her body into a recycling bin. 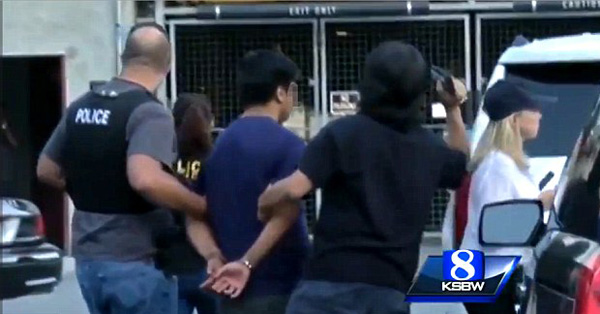 The remains of Madyson Middleton were discovered in a recycling bin close to her home in Santa Cruz, California, on Monday night.

After a police officer made the grim find at the arts complex where she lived with her mother, the teenage boy was arrested in connection with the death.

As he was taken into custody, his mother rushed at police officers in floods of tears, asking why her son was being taken away in handcuffs.

It stunned neighbors who insisted the boy had a good reputation in the community.

He’s being held pending a homicide investigation, and an autopsy to see if the victim was sexually assaulted as well. No word on a possible motive yet…other than being a despicable human being.