What is the difference between Bernie Sanders’ socialism and Fidel Castro’s socialism?[1] Well, someone tried to get Bernie to explain it himself…the results are a little alarming. See for yourself! 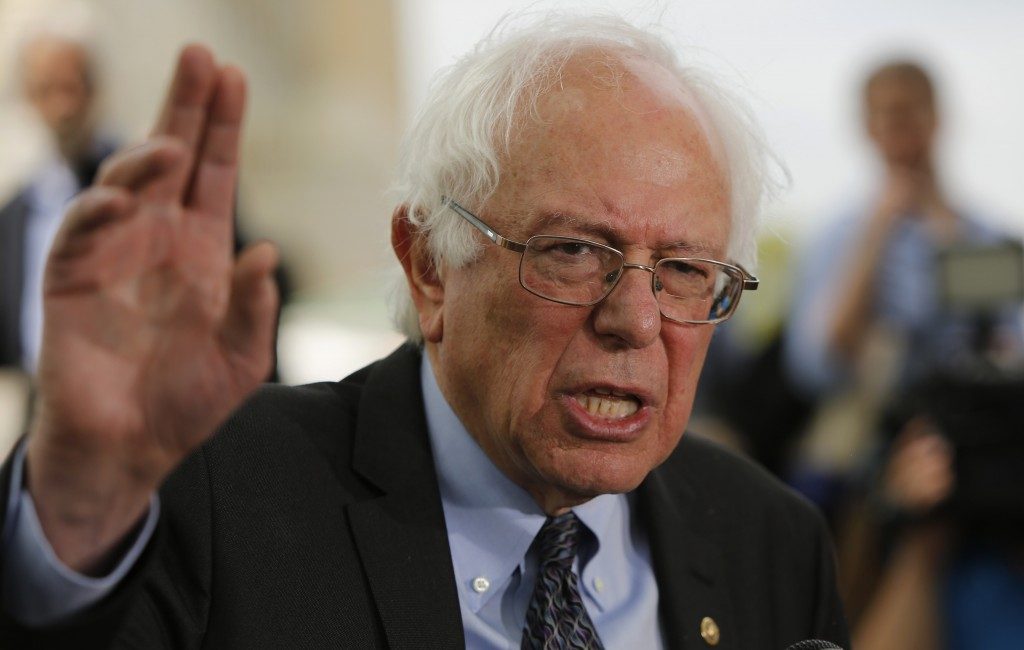 Is this Bernie Sander’s “David Duke” moment? When asked to differentiate his brand of social from the communist leader Fidel Castro, Sanders had little to say. The Univision/CNN/Facebook debate featured video of then Mayor Sanders explaining why he believed the Cuban people had not staged an insurrection against Cuba, and why then President Ronald Reagan was wrong to think that Nicaraguans would do the same against the leftist government there. “They had forgotten that he educated their kids, gave them health care,” he said in the video, adding that the Castros had “totally transformed their society” but also qualifying his statement “You know, not to say that Fidel Castro or Cuba are perfect, they are certainly not.”

“In South Florida there are still open wounds among some exiles regarding socialism and communism. So please explain what is the difference between the socialism that you profess and the socialism in Nicaragua, Cuba and Venezuela,” Univision anchor María Elena Salinas asked.

Sanders got two chances to divorce his “democratic socialist” label from 1960s Cuban communism. At first he focused on the failures of U.S. intervention in Latin America, and historical support for regime change towards brutal dictatorships. But he didn’t really answer the question. Then the moderator gave him another shot.

Well, this shouldn’t come as a surprise. Unfortunately, to Bernie supporters it won’t matter. For them, these kind of revealing videos and answers are met with a never-ending shuffle of “nuh-uh!” We’ve watched as they’ve argued up and down that “NAZIs (National Socialist German Workers’ Party)” were in fact not socialist at all, but that they were really right-wing. Or something. Ignore the “Socialist” in the name.

Pivoting, Bernie and his supporters emphatically made the argument that socialism works really well in Scandinavian countries, like Denmark. Then the Prime Minister of Denmark told them to shut up, because Denmark is not socialist.

Then we watched Bernie supporters claim that “Democratic Socialism” is some new brand of socialism, one that hasn’t really been tried before, but they’re pretty sure will work really well.

Now with this Castro video, that’s going to be a tough position to defend. So just expect them to throw their hands up and say “Whatever, Castro isn’t all that bad, and I want socialism. Period.”

Oh and about that “Castro educating the people” bit.

Cubans cannot watch or listen to independent, private, or foreign broadcasts.[17] In 1963, using Soviet-supplied equipment, Cuba became the first nation in the Western Hemisphere to jam radio broadcasts, the apparent targets being the anti-Castro stations in the US.[18] In 2006, Cuba jammed Radio Republica, a clandestine broadcast to Cuba on 7205 kHz.[19] The output of the Television Network teleSUR in Cuba is subject to various restrictions.[20][21]

Cubans cannot read books, magazines or newspapers unless they have been approved/published by the government.[17] Cubans can not receive publications from abroad or from visitors.[17]

I’ve said it before and I’ll say it again: Bernie Sanders is a fascist.

Oh I can’t WAIT to read the comments on this one… I really can’t believe America has the likes of people like Hillary and Bernie running for president. It’s an abomination.