20 Of The Best Quotes From Women On The Right 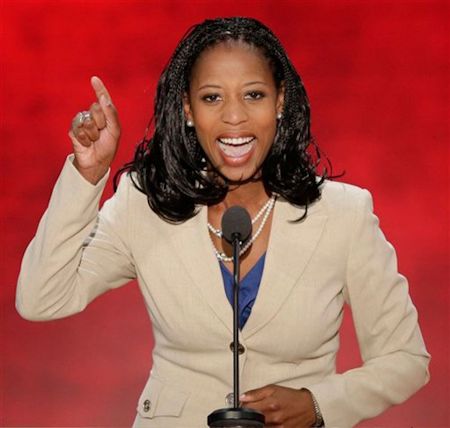 17) “When did atheists become so evangelical? I mean, if you don’t believe something to be true, wouldn’t you just ignore it? That’s certainly what I do. Whether it’s leprechauns or a congressional debt reduction plan – if I’m convinced it’s fiction, I simply put it out of my mind. Not the atheists. They are obsessed with faith and religious practice. Their identities and their works are one big reaction to that which they hate. No longer content to simply dismiss God and those who follow in Him, the New Atheists have created a cult of unbelief.” — Laura Ingraham

16) “Self-esteem comes from achievements. Not from lax standards and false praise.” – Condi Rice

15) “Government is government, and any type will, if left unchecked and allowed to do so, run roughshod over the citizenry. It is its nature to do so.” — Tammy Bruce

13) “Racism oppresses its victims, but also binds the oppressors, who sear their consciences with more and more lies until they become prisoners of those lies. They cannot face the truth of human equality because it reveals the horror of the injustices they commit.” — Alveda King

12)  “As the old saying goes, ‘money is power’ and the more money the government takes, the more power it has over individuals.” – Angela McGlowan

11)  “When we police the speech of people who care about what others think about them so intensely that they don’t want to talk about anything of importance, we cede the debate to those who don’t care whom they offend. And the fate of the country is too important to be left exclusively in the hands of trolls and floppers.” — Mary Katharine Ham

10) “It continues to defy explanation why liberals who theoretically love liberty, equality, tolerance and moderation, should find so much to despise in their own country, which represents the fullest expression of those virtues anywhere on the globe.” — Mona Charen

9) “You learn something out of everything, and you come to realize more than ever that we’re all here for a certain space of time, and, and then it’s going to be over, and you better make this count.” — Nancy Reagan

8) “Why does the left hate free speech? Because they don’t know how to talk about the substantive merits when they are challenged. Having submerged themselves in disciplining each other by denouncing any heretics in their midst, they find themselves overwhelmed and outnumbered in America, where there is vibrant debate about all sorts of things they don’t know how to begin to talk about. They resort to stomping their feet and shouting ‘shut up’… when they aren’t prissily imploring everyone to be ‘civil.’” – Ann Althouse

7) “I will not have my sons grow up in a world where the new original sin is being a man.” — Dana Loesch

6) “Liberals don’t care. Their approach is to rip out society’s foundations without asking if they serve any purpose. Why do we have immigration laws? What’s with these borders? Why do we have the institution of marriage, anyway? What do we need standardized tests for? Hey, I like Keith Richards – why not make heroin legal? Let’s take a sledgehammer to all these load-bearing walls and just see what happens!” – Ann Coulter

5) “Feminism is doomed to failure because it is based on an attempt to repeal and restructure human nature.” — Phyllis Schlafly

4) “Folks, this government isn’t too big to fail, it’s too big to succeed.”- Sarah Palin

2) “We are fast approaching the stage of the ultimate inversion: the stage where the government is free to do anything it pleases, while the citizens may act only by permission; which is the stage of the darkest periods of human history, the stage of rule by brute force.” – Ayn Rand

1) “The problem with socialism is that you eventually run out of other people’s money.” — Margaret Thatcher