Democrat Congresswoman Blames Reporters for Their Beheadings; Says They Should Be More Careful

Well, I guess it’s easier said that done, in this case. It’s a little difficult to be more careful on your next go-’round when your head has been forcibly detached from your body. 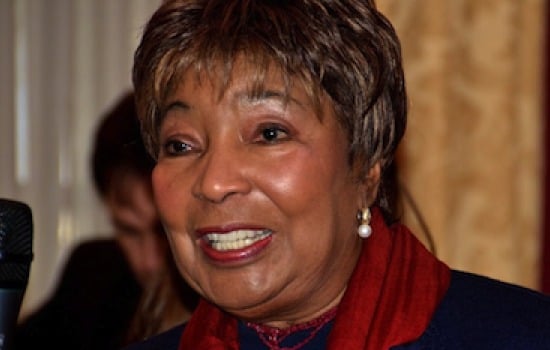 In an interview with NBCDFW.com on September 12, the Dallas Democrat argued against striking back, saying that the reporters played a role in their beheadings, that “Americans should be more careful.”

Democrat Rep. Eddie Bernice Johnson: “They are not attacking the U.S. and we do not, and I will not support unilateral strikes”

Reporter: “To a lot of people, that means we have been attacked. You don’t see it that way?”

Democrat Rep. Eddie Bernice Johnson: “Not necessarily. We were on their ground. It was not in the U.S.”

Rep. Johnson went on to say that “we need to protect Americans wherever they are, but Americans also need to be careful.”

Rep. Johnson was first elected to the U.S. House in 1992 and is seeking re-election in 2014. Johnson is running in the November general election against Max Koch III, a Libertarian candidate.

We need to get these career politicians who clearly do not have the best interests of Americans out of office. How is she serving us by simply telling us ‘be more careful’? Like anyone chooses to be kidnapped and held as prisoner, then make their families suffer a huge loss when they are MURDERED by someone in pretty much the most gruesome way possible. Give me a break.