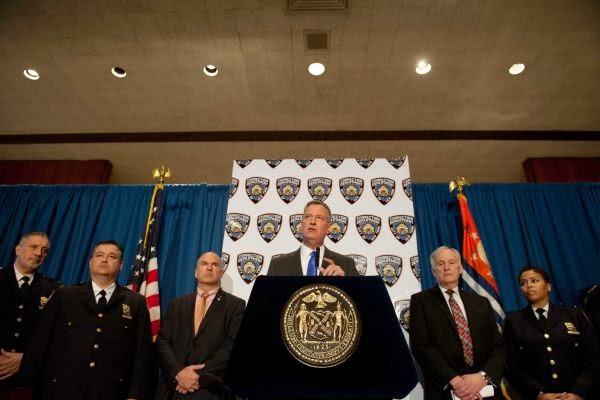 To Libs like Bill de Blasio, criminals are the true victims, and victims are just unlucky in life.

Newsday[2] reports the city has ended Rikers Island’s use of solitary confinement for adolescents, and all 16- and 17-year-old inmates have been moved to transitional units as part of efforts to fix a “dehumanizing environment” at the trouble-plagued correctional complex,

The teenagers will instead receive support and therapy, and may be eligible for “second-chance housing,” de Blasio said after a tour of two facilities on the island.

“We know the history. It is a very troubling history. It became a less and less safe environment,” he said at a news conference in the chapel of the Robert N. Davoren Complex, where many young detainees reside. “We know it’s our mission to find a way to turn people’s lives around.”

There were 91 adolescents in punitive segregation on Jan. 1, and none as of Dec. 4, city officials said.

An investigative report released in August by U.S. Attorney Preet Bharara revealed a “culture of violence” against young detainees at Rikers and accused correctional officers of relying too excessively on solitary confinement as a punitive tactic. Bharara has threatened a lawsuit to force reforms.

Why not convert Rikers into the Holiday Inn with a swimming pool and Jacuzzis? Silly me thought jails are supposed to be a bad place to live in. That’s why I tried hard not to do anything that may cause me to end up in one. Pretty simple math I think.