She just won two gold medals in gymnastics for her country, but all some of her fellow Muslims saw was her “revealing” outfit. They’ve lashed out at her, saying she must prioritize her religion[1]. 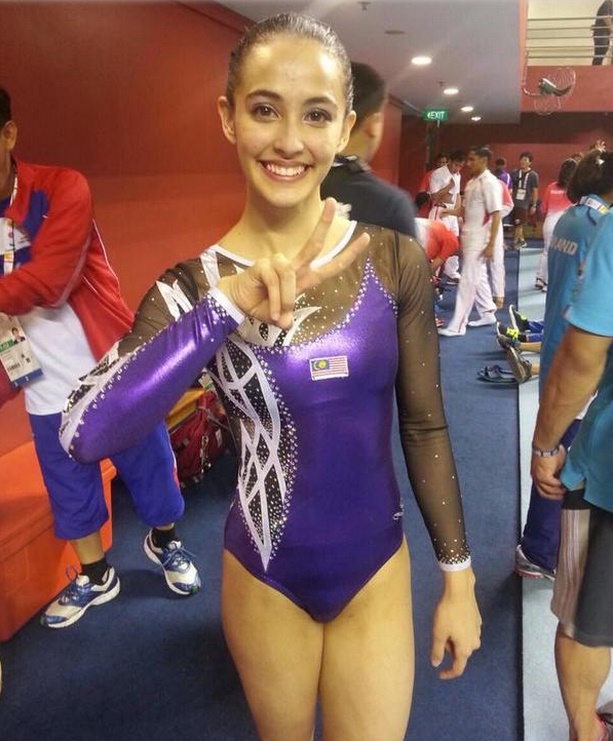 Farah Ann Abdul Hadi had been rebuked by Muslim leaders for showing off her ‘aurat’ – an Islamic word meaning the shape of the genitalia and thighs, which religious texts say must be covered. However, tens of thousands of her supporters have now hit back, including the country’s youth and sports minister Khairy Jamaluddin, who told officials to ‘leave her alone’.

Hadi, 21, won a total of six medals, including gold in the women’s floor exercise and women’s team event, while competing at the Southeast Asia Games last week. While her success was widely celebrated, a handful of religious figures in the predominantly Muslim country stepped forward to criticise her outfit.

Cleric Harussani Zakaria told one local paper: ‘Gymnastics is not for Muslim women. It is clear that exposing one’s aurat and the shape of one’s body is haram (forbidden in Islam). ‘If Muslim women want to participate in gymnastics, they have to find outfits which cover the aurat and this, in turn, might not be suitable for the sport.’

Roszida Kamaruddin, head of the female wing of the National Muslim Youth Association, added: ‘Women should not be stopped from sports, but they must prioritise the Islamic codes in sports. ‘Furthermore, there are many Muslim female athletes who succeed even by covering their aurat.’

‘I think this whole incident also smacks of sexism. Nobody has complained about … kinky Speedos, or Sazali (Samad) wearing tight shorts when he flexes his muscles but when it comes to gymnasts, suddenly it’s a big problem. ‘In gymnastics Farah wowed the judges and brought home gold. In her deeds only the Almighty judges her. Not you. Leave our athletes alone.’

Discussing the rules for modesty in sport, he added: ‘(The Department of Islamic Development) can also possibly come up with guidelines for certain men to lower their gaze if they find it too excitable to be looking at female athletes.

A Facebook page has also sprung up in support of Hadi’s achievements, attracting more than 17,000 likes in just a few days.

Writing on the page, she said: ‘Hello Everyone, I would just like to express my sincerest gratitude to all of you who have been supporting me.
‘It is such an overwhelming feeling to have had such a great and positive respond from all of you. Thank you so much. I love you all. Thank you again for all the support and words of encouragement. It means so much to me.’

What are these clerics so afraid of? That the mere sight of a woman’s thigh will send a man into an uncontrollable fit of lust, and he’ll rape the woman? Amazing that there are segments of society which still believe this way.