The Invaders: A Parable 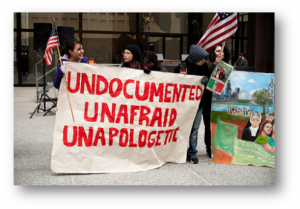 Pulling into our driveway after a relaxing month-long cruise, my wife Mary yelled, “What the…?” Mexican flags, old cars, discarded beer cans, and trash were all over our property.

I recruited my Spanish-speaking neighbor. He yelled over the blaring Mexican music expressing my outrage to the group’s leader. The leader told me to go “f” myself. He said they have a right to a better life.

The invaders had an insane tangle of extension cords plugged into my electrical outlets. Sinking into the mud of my once beautiful lawn, I called the police. Sheriff Bob showed up to inform me that the mayor had decreed ours a sanctuary community. He also conveyed the mayor’s zero tolerance for my hateful, racist attitude.

Code enforcement cited me for various violations. I was ordered to clean up my property, add bathroom facilities, and upgrade my electrical power to accommodate the daily influx of new residents.

Mary yelled from our bedroom, “Oh, my gosh!” Her jewelry, including her 30th wedding anniversary diamond earrings, was gone.

A neighbor updated me on our community’s crisis. Beloved elderly Mr. Ben had been beaten and murdered, eight students were raped, numerous neighbors were assaulted, and several homes were burglarized. Remarkably, not a word of the crime wave had been mentioned in our newspaper. Clearly, the mayor was behind the media blackout.

As a matter of fact, Community Times reporters flooded us with articles praising the invaders and our loving mayor for welcoming these saintly souls seeking a better life. I and fellow neighbors who opposed the invasion and complained about the cost were branded haters, selfish, and racists. The mayor made us owners responsible for providing food, health care, and education for the invaders occupying our properties.

Widowed Miss Shirley, the community gossip, gave Mary the scoop. She reported to Mary that many of the invaders worked for wealthy contributors to the mayor’s re-election campaign. The invaders were paid peanuts to work as domestics, janitors, laborers, and maintainers of properties.

My feisty Irish wife said, “One thing is for sure: the mayor and his rich pals don’t have to worry about their estates being invaded. Their homes are protected behind 12-foot fences armed with barbed wire, electric fences, and cameras. Meanwhile, we’re forced to be their invaders’ welcome wagon!”

Folks, the above tale is fiction, a parable I wrote years ago illustrating illegal immigration. I was stunned that so many readers thought my outrageous tale was true. It’s a sad commentary on the insanity we have come to expect from government. 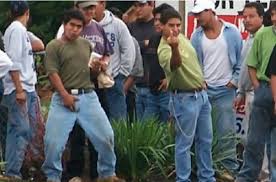 Both political parties have a vested interest in supporting the invasion. Big business gets cheap labor. Democrats have blacks on the path to aborting themselves into extinction, so illegals offer Democrats a fresh crop of future voters – an underclass unskilled, uneducated, and dependent on government.

Insidiously, both parties and the mainstream media prey upon the goodness of the American people. Anyone opposing the invasion is branded racist, heartless, and mean.

GOP presidential contender Jeb Bush calls embracing illegal aliens an “act of love.” Rush Limbaugh says this is not immigration. We are being invaded.

For several years, I was honored to sing my original, “Celebrate America,” at U.S. naturalization ceremonies in Maryland. I took pride in knowing that my song was the first thousands heard as new Americans after swearing their oaths of allegiance. Every ceremony was electric, the hall radiating with emotion and excitement, tears flowing down countless faces. Unbelievably, Obama decreed that new applicants will no longer be required to pledge their allegiance. 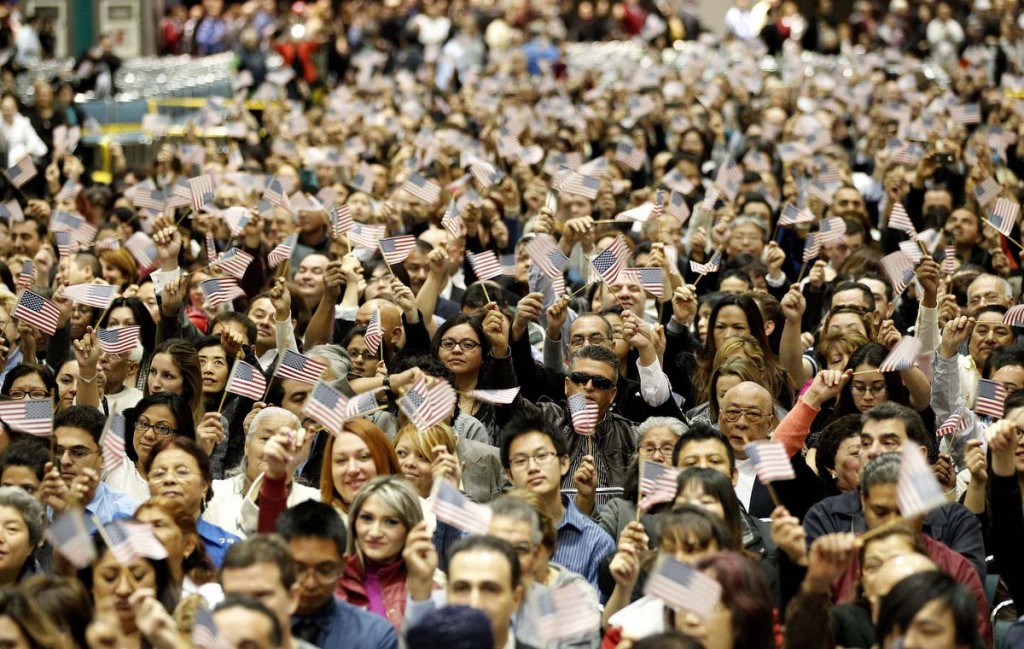 Here is a moving, memorable scene. Family members raised the gentleman, in his 80s or 90s, from his wheelchair to his feet. A grandchild held up his right hand. His entire family was tearful as he recited the oath. Folks, these people truly wanted to be Americans. They studied, passed the test, and were anxious to assimilate and contribute. After reciting their oaths and hearing the emcee say, “Congratulations,” the hall always erupted in applause and cheers of elation.

Under-reported (hidden) is the epidemic of strange diseases infecting our kids because Obama forced public schools to take in invaders’ children.

Obama rolling out the red carpet for invaders is a huge slap in the face to legal new American citizens and those respecting our laws following the legal immigration process.

As with practically every Obama policy, his amnesty for illegals is another self-serving, evil, anti-American agenda item disguised as love. Thank God a few GOP presidential contenders have the backbone to firmly say, “No!