3-yr-old beaten for eating ‘last piece of cheesecake’; Injuries include a ‘broken femur & dislocated vertebrae in his back’

There is ABSOLUTELY no reason to EVER hit a child out of anger, but Anthony Gulledge, 30, has come up with the most asinine excuse that will likely land him in jail for a long time.[1] 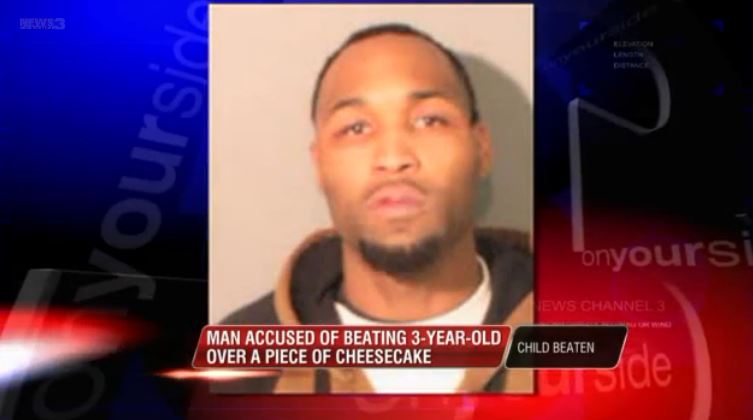 A 3-year-old boy is recovering at a Memphis, Tennessee, hospital after police say he was beaten for eating a piece of cheesecake.

Allegedly upset because his girlfriend’s son ate the last piece of cheesecake, Gulledge grabbed the child by his ankles, carried him to the living room, and continuously whipped him, CNN affiliate WHNS[3] reports.

The boy suffered a broken femur, dislocated vertebrae in his back, and bruising to his lungs. Police describe the boy being covered in bruises, according to the affiliate[4]. He was taken to LeBonheur Children’s Hospital for treatment.

Gulledge was arrested the following day after the child’s mother reported him to the police. Gulledge faces aggravated child abuse and domestic assault charges. He appeared for a video arraignment Monday morning and is scheduled for a February 24 hearing.

Gulledge has not yet been appointed an attorney, according to court officials.  He remains at the Shelby County Jail on $210,000 bond.

There is a special ring of hell for people like this, and Mr. Gulledge has booked himself an express ticket. Thank God the child didn’t die from this beating.