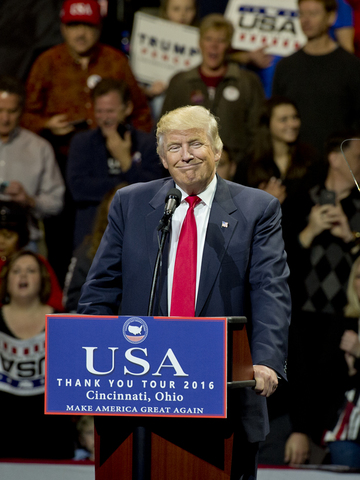 In a move that only reinforces why the US does not have a true Democracy, over 4 million uninformed, ill-educated, clueless Americans[2] have signed a Change.org petition to ask the members of the Electoral College to change their vote from Trump to Hillary. That’s right, 4.7 million Americans don’t think that our election system works well, simply because their candidate didn’t win. Gosh, it’s almost as if they think they get to win every election. 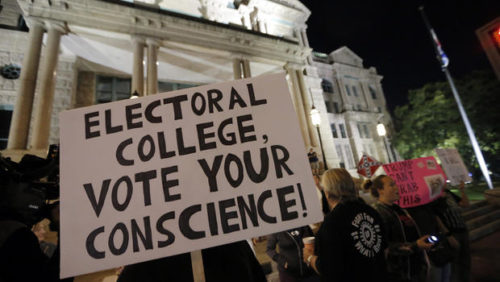 In a world where participation trophies abound and winning is shunned as unimportant, this is to be expected. These folks who signed this petition are exactly the reason we have a Representative Republic instead of a popular vote driven democracy. They are ignorant of the law and unable to understand why we have an Electoral College. And we do not want folks like this determining our next President. For an idea of the political chaos created by popular vote, take a look at numerous European nations which are in steep decline and constant political upheaval. The popular vote is nothing more than mob rule. And the mob isn’t very informed. Whatever the whim of the moment for the majority of voters is, is what we get when we have a popular vote. But in our most excellent and time tested system of elections, we have 50 states that hold individual elections (using the popular vote by the way). And in each state, with a couple of exceptions for states that split their electors, whoever wins the most votes gets that state’s electoral votes. In essence, 50 separate popular vote elections determine who the next President will be. That ensures that each state matters in the process and that large population centers like California and New York don’t always get to decide for the entire nation. So, yes we do have popular vote…in our 50 individual state elections. And when your candidate wins enough of those 50 individual popular vote contests, then he or she becomes our next President. And if he or she does not win enough of them, then they lose. Hillary lost. Trump won. And Trump won the popular vote of ENOUGH INDIVIDUAL STATE ELECTIONS to become our 45th President in January.

Now, Hillary sycophants need to get over it and go back to history class to learn how it works. And stop wasting our time with sore loser petitions.