The 4 Timeline FACTS That PROVE Hillary Ignored The Victims Of Benghazi, RELEASED!

With the final report coming out from the Benghazi committee, Hillary Clinton is not looking to swell. But will this matter to the public? Many democrats will attempt to defend the actions of this woman, and it is your duty as a truth seeking American to combat them with specific facts, and to keep the conversation going. Hold Hillary accountable with these four timeline facts.

I believe we all owe the four men who lost their lives, that simple request. 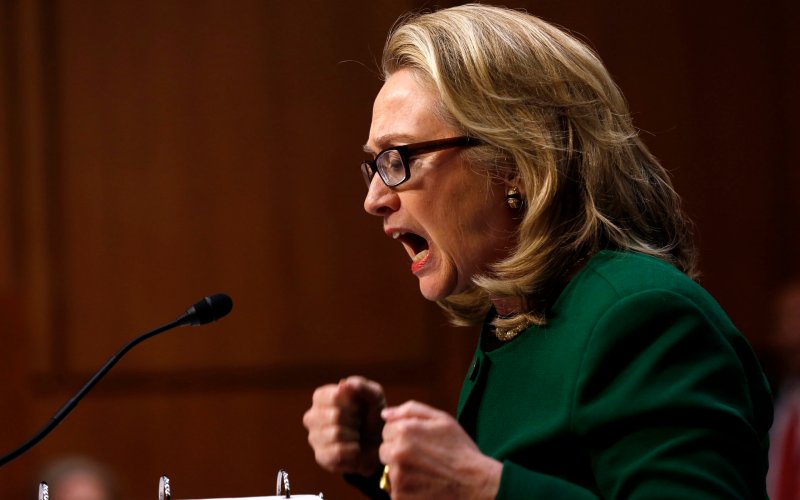 First at 6:07 p.m. “The State Department’s Operations Center sends an email to the White House, Pentagon, FBI and other government agencies that said Ansar al-Sharia has claimed credit for the attack on its Facebook and Twitter accounts.” That is huge. Hillary knew the most important detail into the attackers early that evening, yet

And at 8:00 p.m., Hillary spoke with Libyan President Mohamed Magariaf over the phone. In a transcript of their conversation found in one of her many State Department emails, she said “We have asked for the Libyan government to provide additional security to the compound immediately as there is a gun battle ongoing, which I understand Ansar as Sharia [sic] is claiming responsibility for.”

The Wall Street Journal reported that “Ansar al Sharia is al Qaeda’s affiliate on the Arabian Peninsula, and proves that Clinton knew several hours ahead, that the Taliban was responsible for the attack…the same attack that was happening real time, as she typed that email.

Moving on to 10:08 p.m….Referring specifically to Benghazi, Hillary Clinton gives a despicable statement, blaming the attack on a YouTube video that depicted the Prophet Muhammad in a negative light (the truth)…She distinctly lied about the video, knowing full well that she was.

Now this one is especially damning…11:12 p.m., through email, Hillary Clinton gets a hold of her daughter Chelsea of all people and writes these damning statement: “Two of our officers were killed in Benghazi by an Al Queda-like group.”

How is it that this crook. This charlatan. This horrible human being, can be proven to be all these things, and yet she is the democratic nominee for President of The United States? What kind of sick country do we live in? We have become a soft, and ineffective nation that is asleep at the wheel.

Or maybe we are wide awake and just don’t give a damn about justice, unless it impacts us personally.