4-Yr-Old Girl Hands Out Packets Of ‘Candy’ To Daycare Kids. There Was Just One Problem…

A 4-year-old Delaware girl found packets of “candy” in her mom’s backpack and thought it would be a great idea to take them to day care and share them with her friends. There was just one problem: The “candy” was heroin.[1] 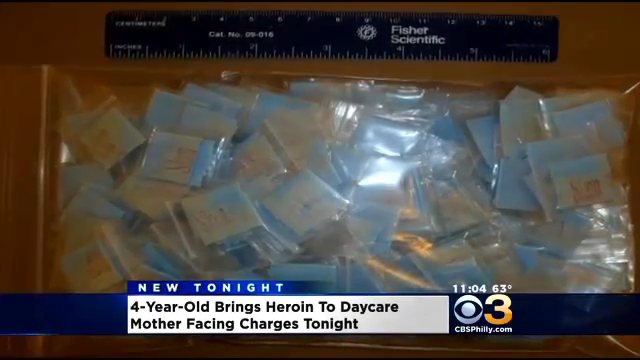 According to a press release from the Delaware State Police, the little girl found 249 packets of heroin in the backpack after her mom gave it to her to replace the one that was ruined by the family dog:

Day care providers at the Hickory Tree Child Care Center in Selbyville, Delaware, called police when they noticed some children with the bags. The little girl’s mother is 30-year-old Ashley Tull.

She faces charges of maintaining a drug property and endangering the welfare of a child. A woman who answered a telephone number listed to Tull said she wasn’t in and hung up.

Okay so being a Mom who deals heroin is bad…. giving your toddler daughter a backpack filled with heroin is incomprehensible. If this ‘Mom’ couldn’t remember a big thing like that, I dizzy to think of what other ways she’s neglecting her child.