McDonald’s has become as American as apple pie. Each and every one of us has gone to the golden arches before- most of us have gone there plenty. However, while I have encountered less-than-crispy nuggets and stale Sprite, I have never encountered maggots in my food. One teenager says that he recently did.[1] 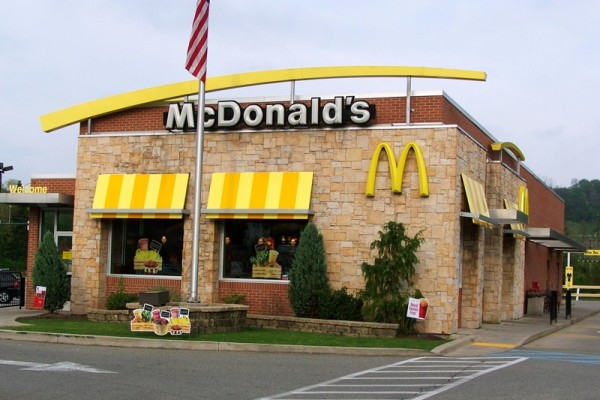 A 14-year-old boy was shocked and disgusted to find a clump of fly eggs in between the cheese and meat patty of his McDonald’s triple cheeseburger.

Daynah Eriepa’s younger brother, from Hamilton in New Zealand, unwrapped his drive thru order to find a bunch of small white grain-sized objects in his burger.

‘This is what my brother found on his poorly made burger ordered from McDonalds Greenwood Street yesterday. Those small white worms looks like maggot eggs…How disgusting! [sic]’ She posted on Facebook alongside a picture of the offending burger.

Ms Eriepa’s mother took the burger back to the Hamilton McDonald’s four hours later but said she was wasn’t happy with the way she was treated.

‘She took the burger back as soon as she saw it and was passed around lots of different staff people,’ said Ms Eriepa.

‘Another staff member took the burger and said he will show it to his manager.

Ms Eriepa was given a refund and declined the restaurant’s offer of another burger.

‘They were so rude, we will not be going back there ever again,’ she said.

The franchisee owner of the Frankton store, Debi Rush, told Stuff NZ[3] the food was ‘made to order’.

‘We’ve checked the CCTV footage and from the time the bun was in the toaster to the burger being put in the box and into the bag, was 28 seconds,’ she said.

Head of communications for McDonald’s Simon Kenny also responded to the complaint saying food safety is of ‘utmost importance’.

‘Without the burger we will be limited in what we can test, but we will look at the images the customer took and work with experts to assess what facts can be established. Our franchisee is in contact with the customer and will update her as we progress our investigation,’ said Mr Kenny.

However Ms Eriepa said she won’t be going back to the fast-food restaurant ‘ever again’.

It’s impossible to know who is telling the truth, but it seems that McDonald’s is taking this seriously and investigating. If the franchisee is telling the truth and the hamburger was assembled moments before the first bite, it seems unlikely that maggots could have gotten into the food.

However, that’s assuming that the franchisee is not above telling a lie. 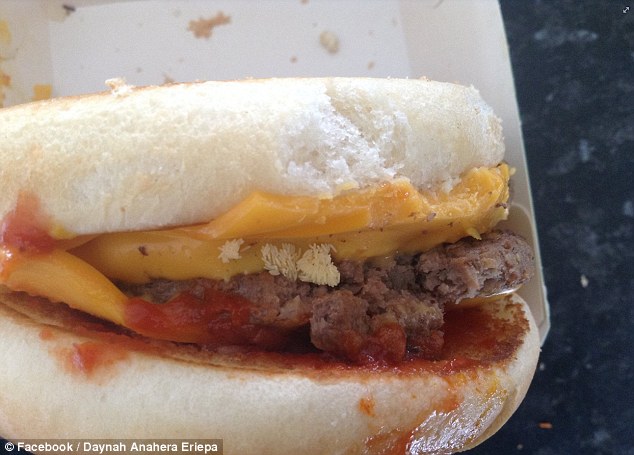 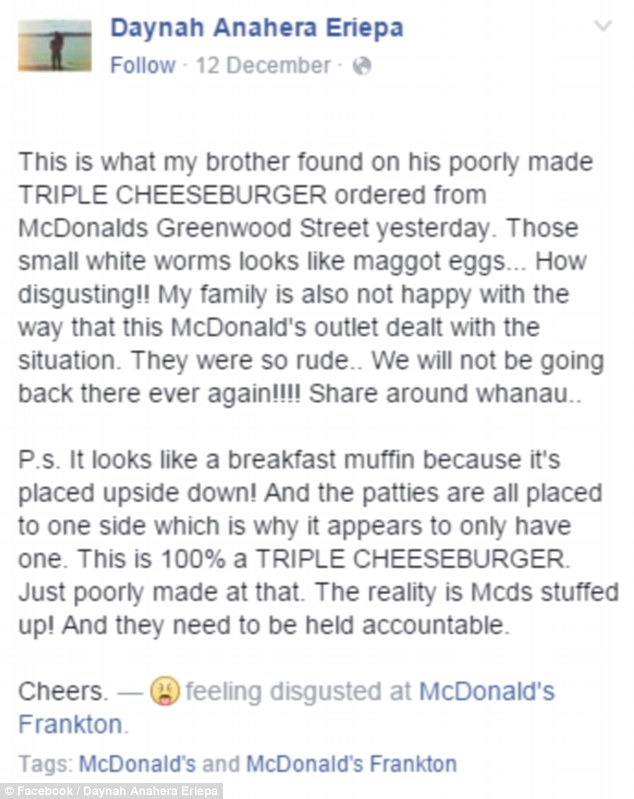