We, from time to time, see stories of futures discovered at garage sales and flea markets. Usually it involves a work of art or a rare piece of furniture, but according to an article from the Blaze[1], a couple may have hit the jackpot with an obscure piece of 1990’s nostalgia. 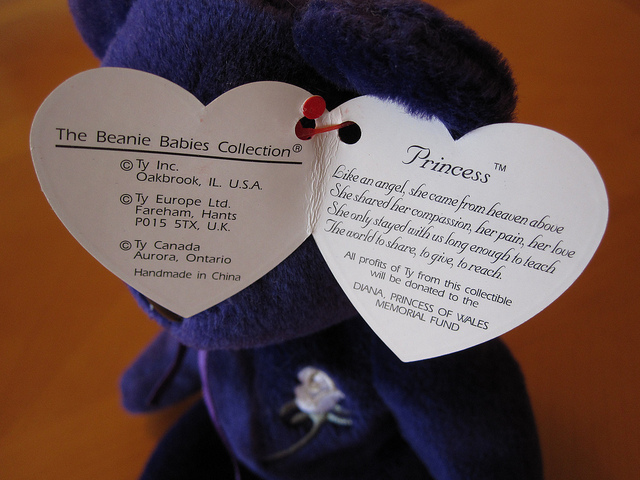 The 90s craze may have long faded, but some of the rarer bears can still fetch thousands of dollars — as one British couple happened to discover.

Leah Rogers and Ryan Flanaghan were selling items at a flea market in Cornwall, England, when Flanaghan spotted a rare purple Beanie Baby in another vendor’s booth, the Daily Mail reported[3] Saturday.

But Flanaghan knew the bear could actually be worth thousands.

“Ryan and his sister used to collect Beanie Babies so before we sold a load we just wanted check that they weren’t worth anything,” Rogers explained to the Daily Mail. “As we were looking, we saw that this purple bear was the rarest bear and it was going for around £20,000. We didn’t think anything of it.”

But that research paid dividends.

“But when we went to the car boot sale [flea market] the next day, Ryan went off for a walk and came back clutching this bag,” Rogers said. “He said: ‘It’s that bear that we saw on the Internet last night.’”

The purple bear, produced in a limited batch to honor Princess Diana, is listed on eBay for anywhere from hundreds to tens of thousands of dollars.

We don’t know if someone will actually pay that price for the Beanie Baby, but it does illustrate a great point: one man’s trash is another man’s treasure.