Recently, former Congressman Lt. Col. Allen West shared a letter he received from a young black man and was so moved, he felt compelled to share it.[1] 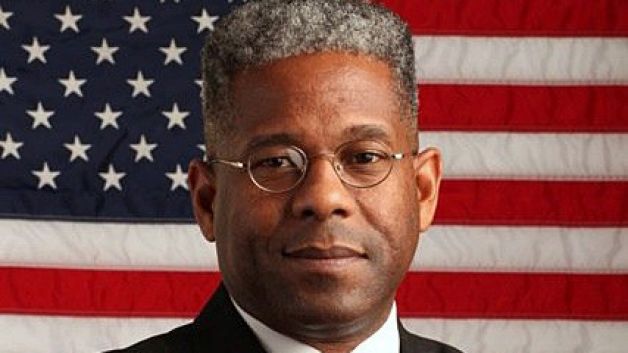 There is no debating the inequitable treatment of black conservatives, members of the GOP, compared to the expected black liberal progressives and Democrats. Can any of you imagine me being able to walk into the White House more than 80 times if I owed millions of dollars in taxes?

And you can only guess the incessant news stories if Jesse Jackson Jr. was a black Republican Member of Congress — or does anyone remember former Representative “Cold Cash” Jefferson from Louisiana?

The level of scrutiny, denigration and disparaging verbiage levied against blacks — or any minority — who decide to think for themselves when it comes to their political affiliations is horrific. And it is advanced and made easy by a complicit media — not to mention the “black leadership” organizations, who turn a blind eye.

And so a powerful email I received from a young black man truly touched my heart. I met this young man when I spoke at the synagogue of my dear friend and Rabbi, Jon Hausman, in Stoughton, Massachusetts.

Here was a young man who has beaten the odds. His birth mother abandoned him because of her drug problem and he was placed into the foster care system. And eight years ago his foster mom adopted him. His name is William Cook-Warren, and he is a black Republican. Here is his email to me:

I am writing to inform you that I am applying to the Congressional Black Caucus’ Spouses Education Scholarship. I know this may sound uninteresting however I am an African-American conservative and afraid that I will not even be considered in the process because of my political affiliation. Throughout High School I faced discrimination from students, teachers and faculty members for being an African-American Republican. Usually I would receive evil gestures in the hallways from students. Many of the students in my high school did not like the fact that I was an unapologetic Republican and insisted in calling me the “whitest black person” they have ever met. In their eyes I was “white” because I do not speak, dress or even act like the stereotypical black man. I refuse to believe that being “white” is intellectually and socially superior. I was often looked down on by individuals who identify themselves as Democrats. I am writing to you in hopes that you may prevent such discrimination. I was inspired by you and Senator Tim Scott of South Carolina. It truly showed that there is still hope for the African-American community. Currently I am a rising sophomore at the University Of Massachusetts Dartmouth. I study Crime & Justice and plan on entering the political arena when I graduate. I am also the only child in my biological family who broke the cycle of dependency and working my way off of the government’s plantation. I truly hope that this email will not only compel you to encourage the Congressional Black Caucus to remain impartial, but also shed some light on the discrimination that African-American Republicans face.

This year marks the 150th anniversary of the end of the Civil War. It was an endeavor that, albeit not at the onset, ended up being focused on securing the blessings of the Declaration of Independence that all men were created equal. That we all are endowed with certain unalienable rights, not from man, but from our Creator — of these being life, liberty, and the pursuit of happiness.

The Republican Party was created in 1854 for a singular purpose: to end the practice of slavery in America. The antagonist then as today in the fight for individual liberty is, and seemingly will always be, the Democrat party, and today, specifically progressive socialists.

It was the Democrat Party that established Jim Crow, segregation, and gave us the Ku Klux Klan. And sadly, it is a Party still focused on fear, coercion, and intimidation of free thinking blacks who seek to flee the modern day economic plantation of dependency. Even more disturbing, they have enlisted blacks to turn on their own and castigate black conservatives with such demeaning monikers as “sellouts”, Uncle Tom”, “Oreo”, House [email protected]”, and even “White Man’s Porch Monkey.”

But what angers me more than anything else is this disgusting and despicable peer pressure within the black community to attack one’s level of blackness. When we attack our young people who are trying to excel and associate that with being “white” and reject their individual drive, determination, and discipline, we take the low road of subjugation and subservience.

When blacks associate being white with being superior — as William articulates in his email note to me — and disparage those who seek intellectual achievement, it is no wonder we see the failures in education in the black community. There is a purposeful agenda to label black as being a certain character trait — and it is not positive.

The lesson being taught — and this is coming from black adults — is that unless you act and align yourself in a certain way, you will be an outcast. The fact that William believes his political affiliation will discredit his scholarship application before the Congressional Black Caucus is disconcerting to say the least.

But praise be to God that it seems he will not be deterred as he attends University of Massachusetts at Dartmouth. He has taken the challenge to break the chains of economic enslavement as promoted by the welfare nanny-state. Congratulations to this young man!

This is why I will take the hateful and denigrating comments. This is why I will not allow the disparaging assertions to discourage me — because I know if cower and fail, then the Williams out there may not have a voice, a role model.

I wrote a piece[3] some time ago about the oldest historical black college and university in America, Cheyney State (PA) University that was in danger of fiscally failing. I challenged today’s Republicans and conservatives to step in and save that institution and make it the first black conservative university in America. Make it a rival to Hillsdale College in Michigan.

Now, there are those of you who will accuse me of being a reverse racist, but I dismiss that accusation. What I am advocating is for an institution of higher learning where young men and women like William can find a place of respite where they will be accepted for their principles, beliefs and values. A place where they do not have to contend with the insidious foolishness that would portend to keep them relegated to a legacy of victimhood, instead of being a victor. It is not about segregating them — it is about a place where we could raise the next Thomas Sowell, Walter Williams, Condi Rice, Will Hurd, Janice Rogers-Brown, Clarence Thomas and Tim Scott.

I don’t want William ever to feel he is out there alone and without support. What I want William to understand — and I told him so personally — is that he will prevail, and that at the end of the day he will always be able to look at himself in the mirror with pride. He stood his ground. He sets his sights on being exceptional, not just being routine. And if there are those who want to associate exceptionalism and individual achievement with being white – well, they’re stuck on stupid idiots, crabs in the barrel, and are missing out on the greatest blessing of being an American.

William, you are a champion and I am doggone proud of you. I look forward to the day when I hand over the torch to your generation to lead.

And if anyone tells you to hand over that torch, that beacon, tell them, Molon Labe!

Wow- Allen West has a way of just cutting through the B.S. and telling it like it is. We need more leaders like him; hopefully, he will heed the call and run for the Senate.